Ten years ago this week, I bought my first e-bike. A very elderly grey “Powabyke”, it cost me about £100 and I had to collect it from Bristol. It was a major success, and within a couple of months I’d bought a very-slightly-less-elderly bright blue Chinese model, of the kind that Thompsons were then importing, and passed the Powabyke on to Maurice. That led to a summer of rides out to nature reserves, and bike-picnics by the canal.

The Powabyke lasted a year, Maurice moved out, I moved house, and by May 2015 was posting “I needed a new bike ‘cos my last one was 7 years old when I bought it second-hand over two years ago. It died … well, needed attention to the lights, replacement drum brake, attention to the motor, and new batteries, so not cost-effective to repair. Replacement electric bike. Exactly the same as my previous second-hand one, but this one is new!”

That got stolen two and half years later, and as I don’t cycle much in winter, it was the following May before I said “To replace the cheap and cheerful electric bike I had stolen last autumn, I have gritted my teeth and just ordered a rather nice shaft-drive (no messy chains or oiling) folding electric bike, 3 hub gears (no bloody-finnicky derailleurs for me!), with carrying bag. Also a silver-grade lock and cable, a pannier bag, and insurance. I blanched slightly at the total cost … it will have to live indoors rather than chained up outside! That was part of the reason for “folding”.“

So I’ve had my current bike for coming up to five years now. The pannier bag was quickly replaced by a solid top-box, which holds walking-stick, emergency cagoule, seat cover, pump, helmet and high-viz, and suchlike. It’s well overdue a service, and needs new inner tubes – they’re currently full of self-sealing gloop as Worcester roads are massively puncture-causing. When the “Council Tax Rebate” comes though, that’s what it will be spent on!

I cannot now easily remember what life was like in pre-bike days: my succession of ebikes has been profoundly liberating and empowering. 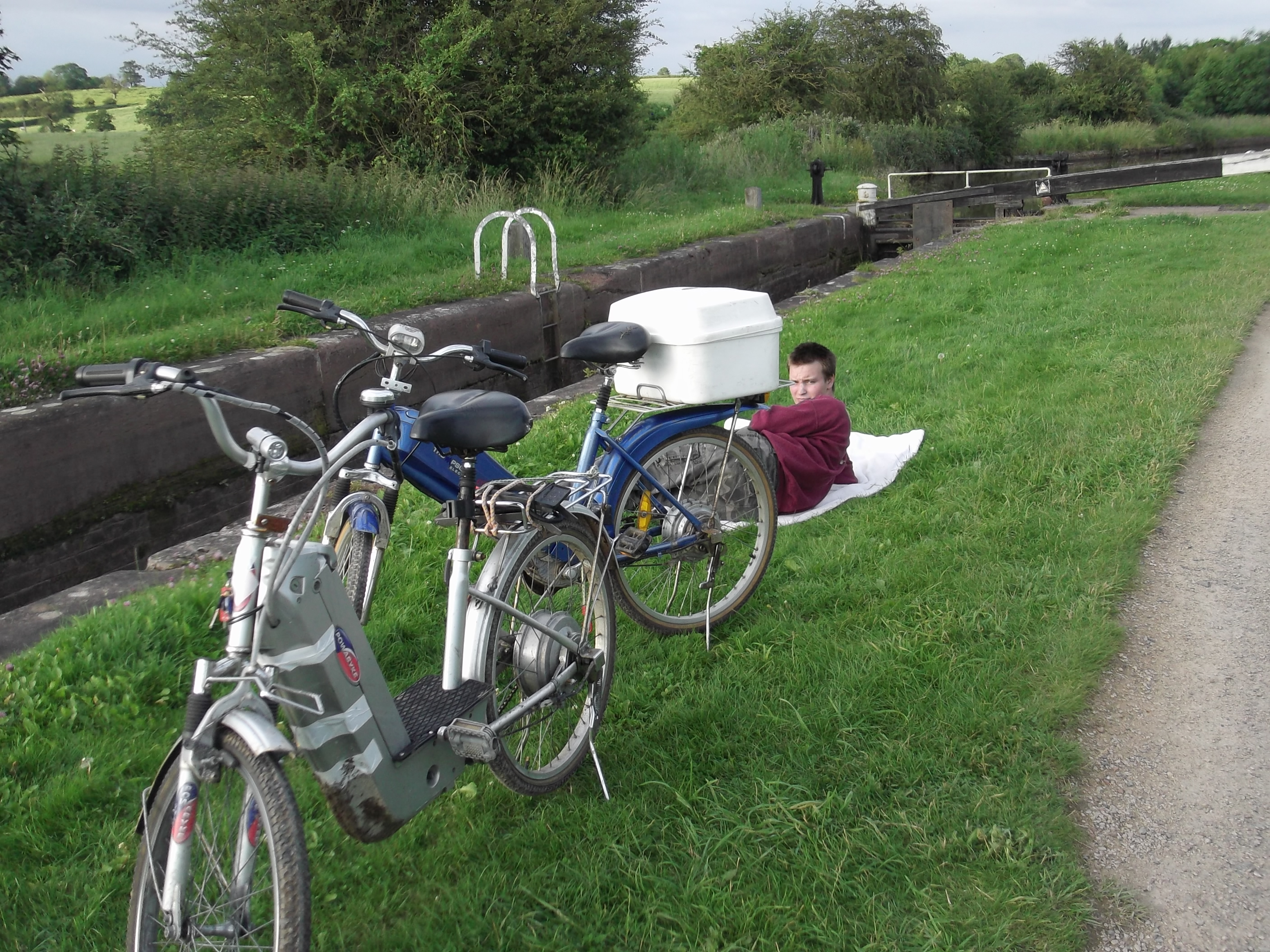 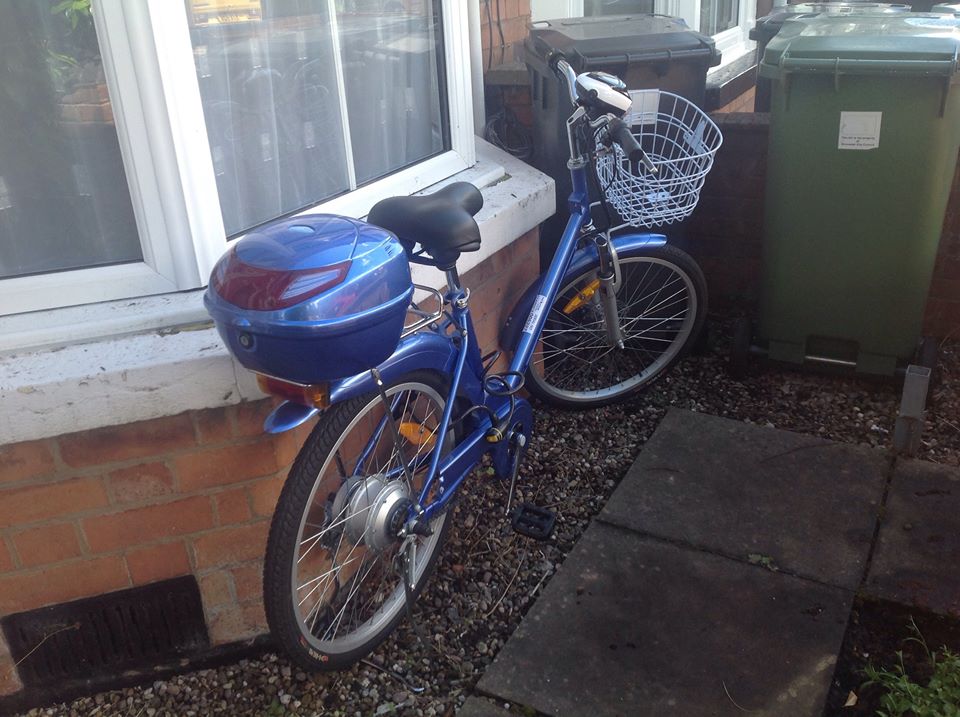 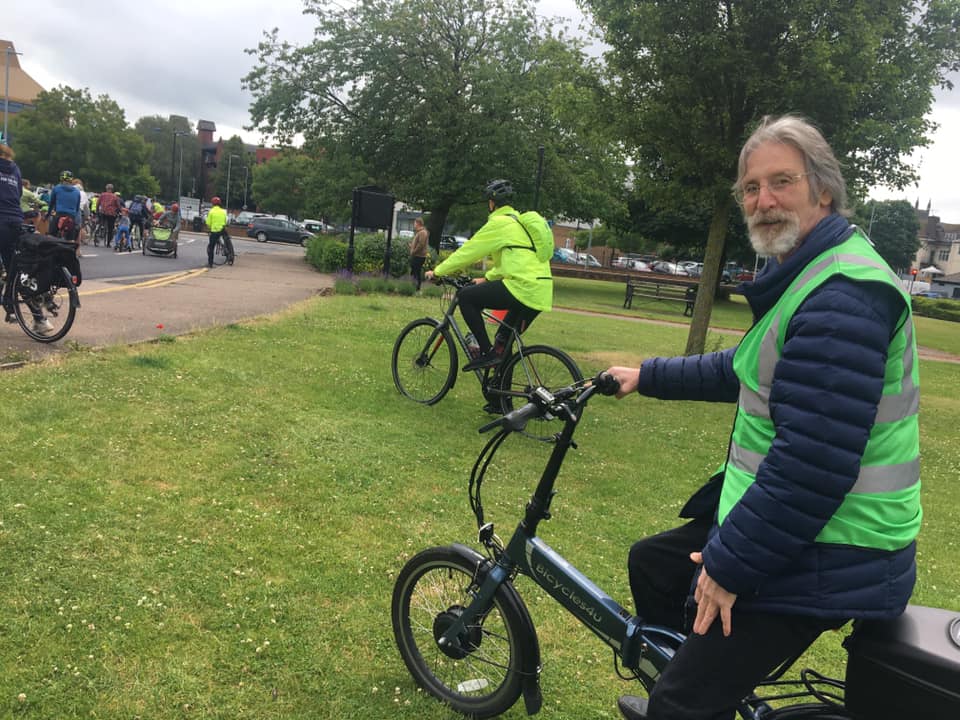