The delicate pink flowers of cyclamen have appeared above the creeping thyme. I’ve very fond of these – my grandparents lawn had a very large colony of them, spreading out from a flowerbed. I took some corms from them to my London flat in the mid-1980s, and thence to my first house in Worcester, and now on to my current place. After a hesitant start, they’ve settled in well and are multiplying.

Elsewhere, the green courgettes are having a bit of a break (though as there are flowers, I should have a few more if the frost holds off), but the yellow “shooting star” is still extremely prolific! And over the past two days I’ve managed to prune both espalier apples (sadly, both have developed numerous ailments, including canker and wooly mildew …) 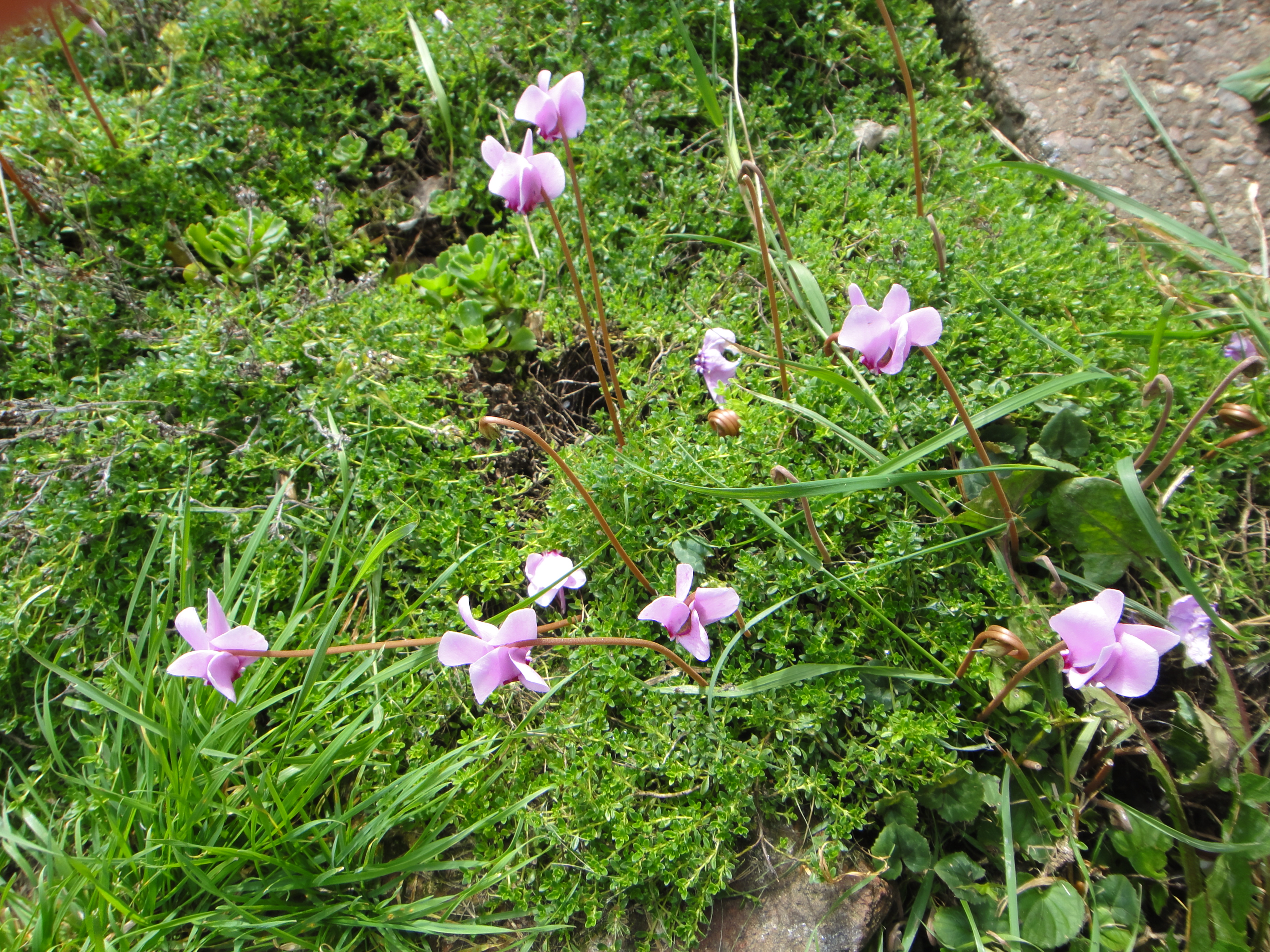 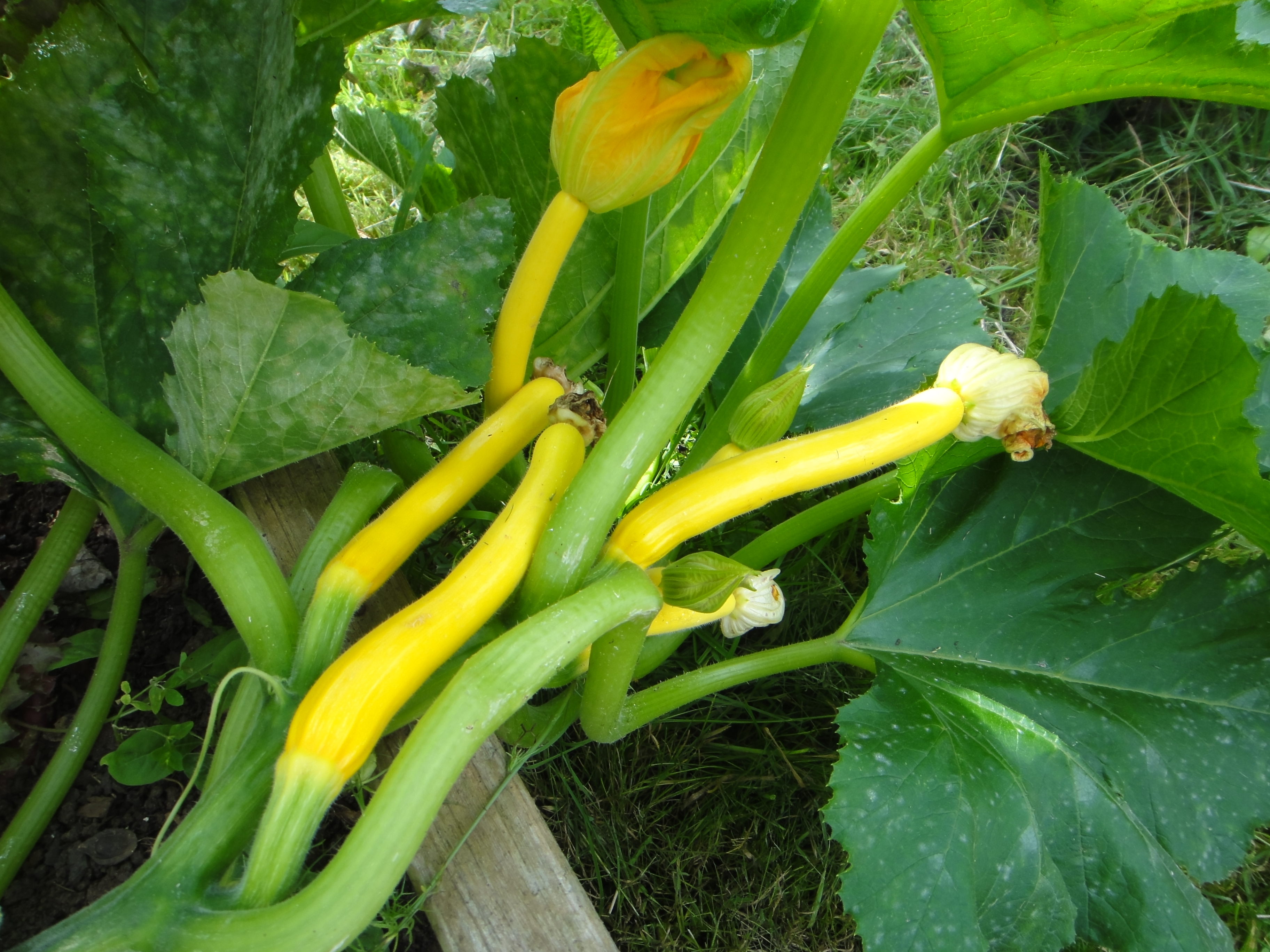