Everything is still very damp here!

I’ve been pretty much housebound for the last week, but have managed a couple of expeditions up the garden, to pull a few carrots and put veg peelings in the compost bin. I’m surprised at how backward everything here is, compared to the past few years.

When I cut a couple of forsythia branches to bring in on New Years Day, they were all in very tight bud, though in previous years some of the flowers have been actually open. The clematis cirrhosa v. balearica has only just shown decent-sized buds, and I normally reckon on a flush of flowers well before Christmas.

Daffodils – both in the front garden and in pots outside the French windows – are just starting to poke their leaves an inch or so out of the soil, so it doesn’t look as though I’ll have the flowers in the last week of January which I had last year. Only the iberis sempervirens – perennial candytuft – seems to be on the normal schedule, with the first flowers opening just before Christmas, and gradually working itself up towards being a wonderful white froth of flowers against the dark green leaves. 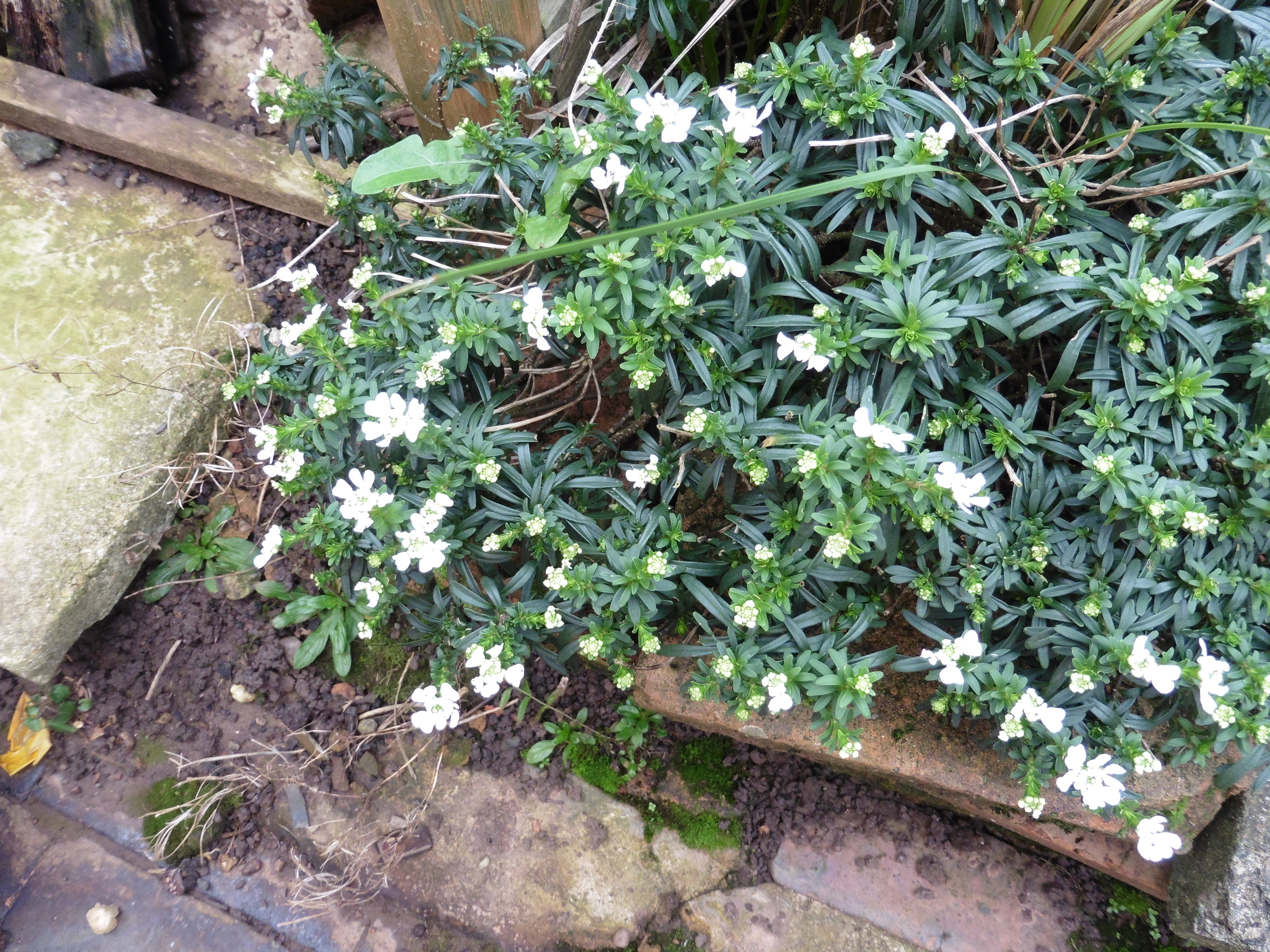 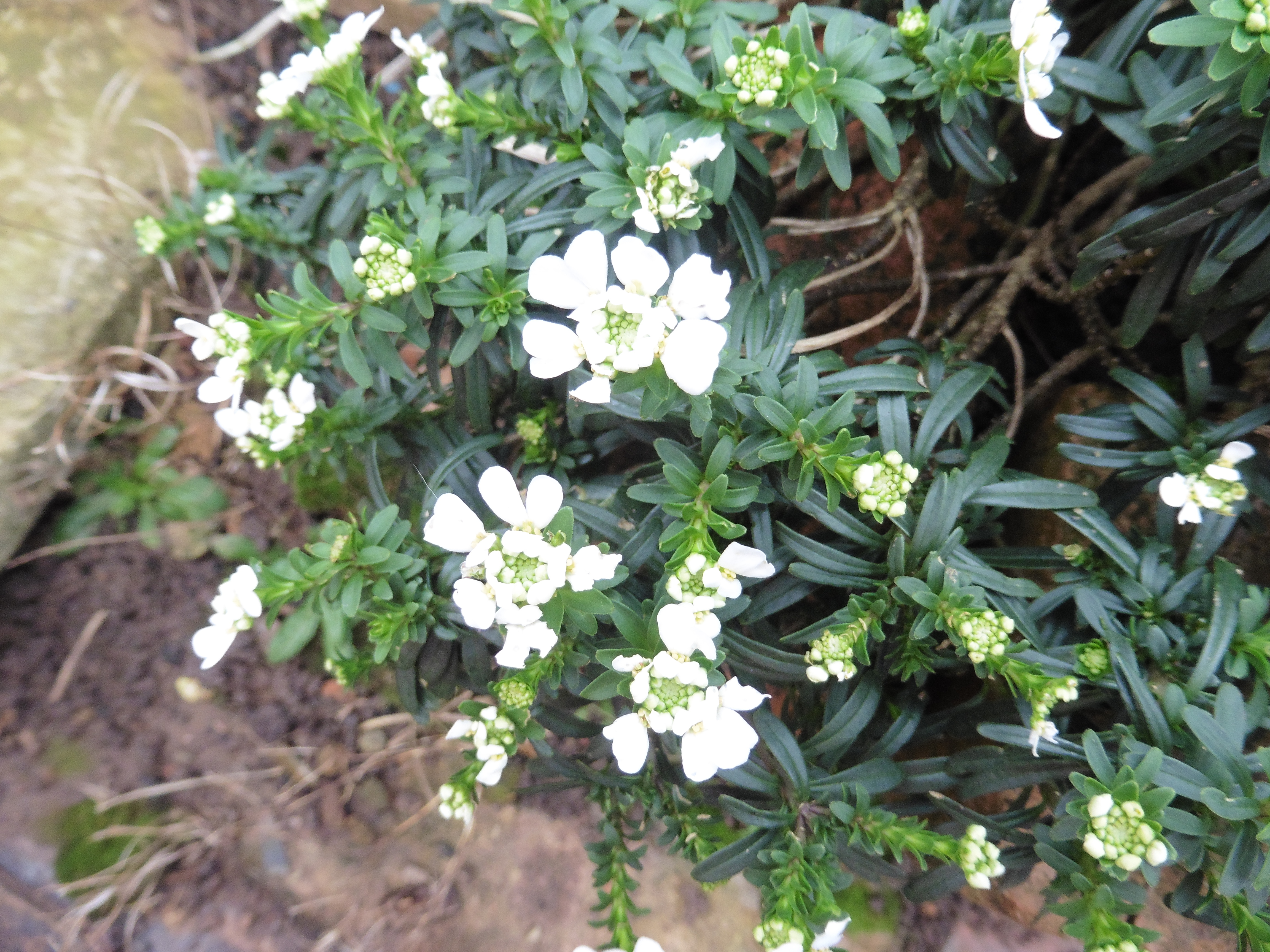