Feeling self-indulgent, so I’ve made a flan, with lots of whipped cream and home-grown raspberries (from the freezer). 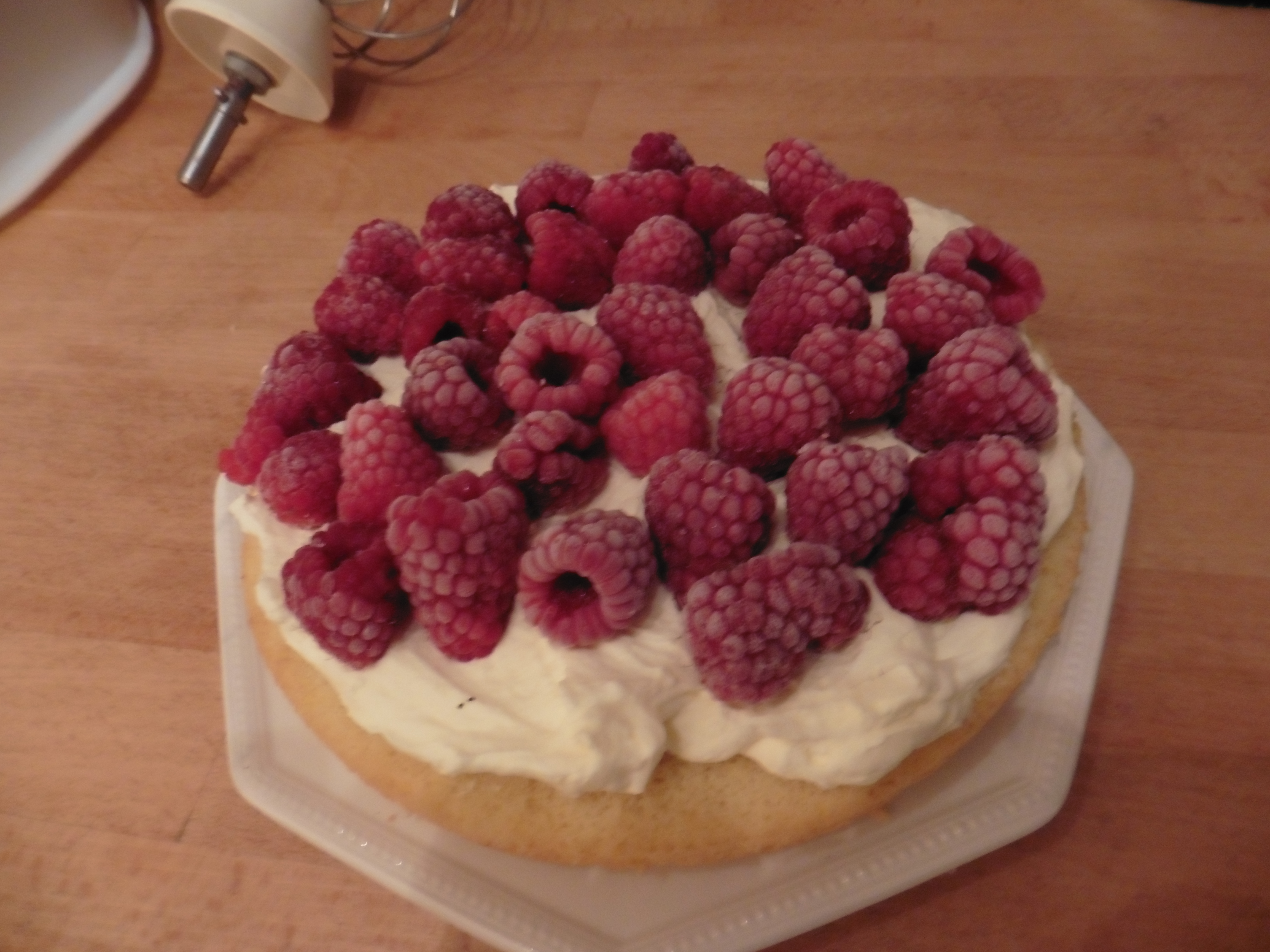 Chinese lantern (Physalis alkekengi) brought in to dry, while they’re still orange and haven’t got to the skeletal tracery stage. Some on stems to go with honesty as a dried flower arrangement, as there won’t be fresh flowers until I bring in forsythia at New Year.

However, this year I’m also drying individual seedpods, which I’ll hang on loops of thread on the Christmas tree, as the start of a move to plastic-free decorations. 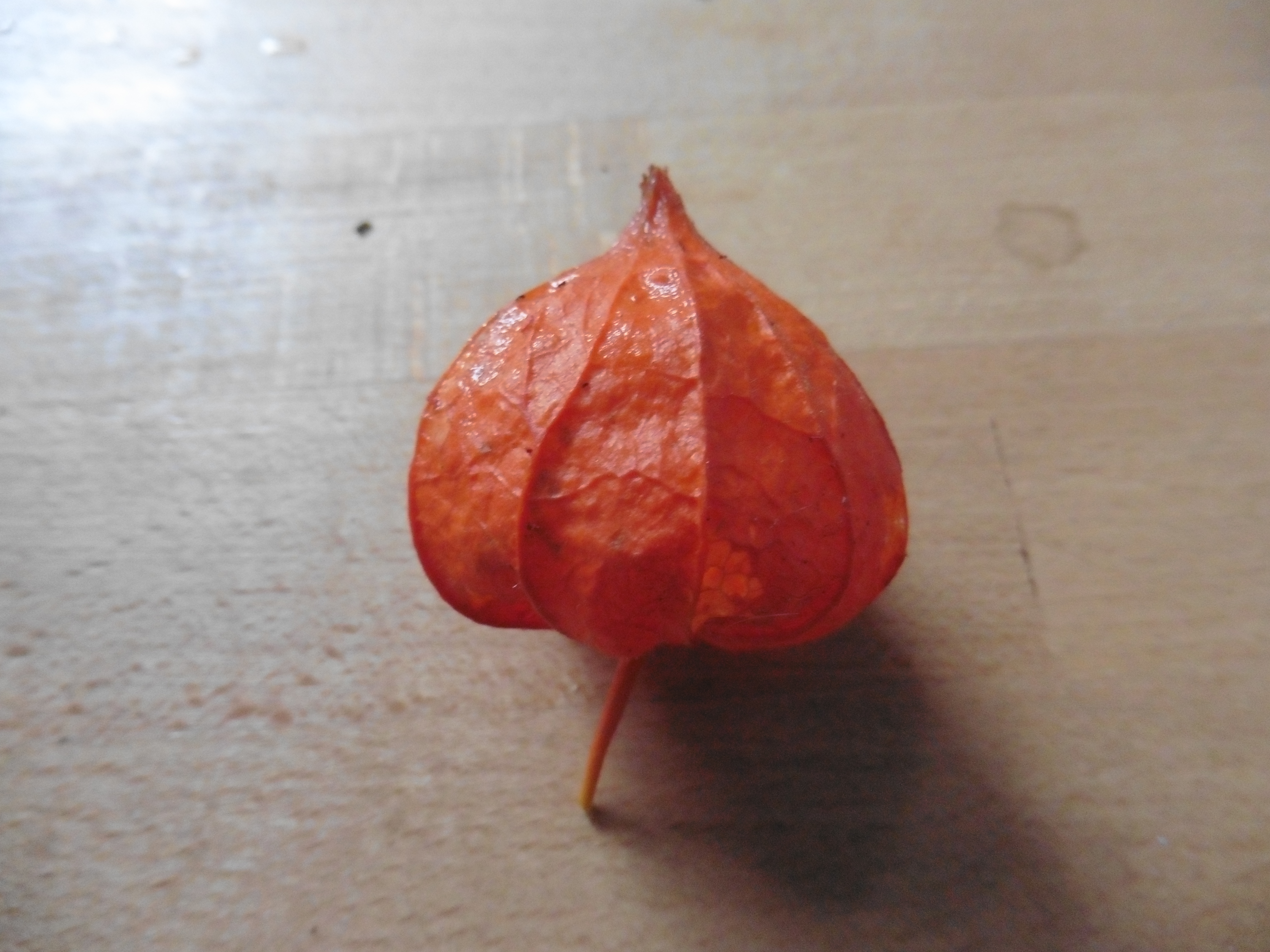 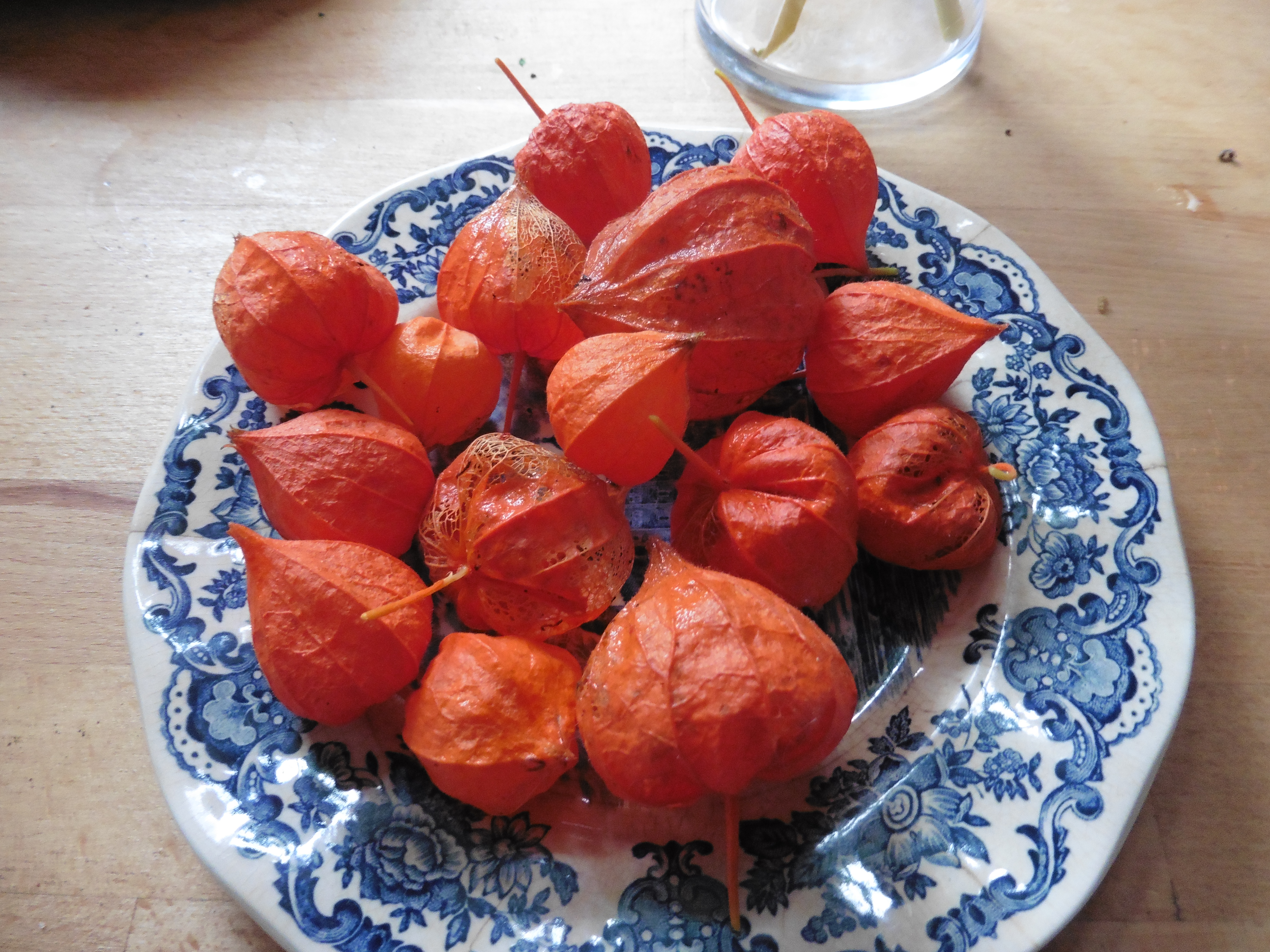 I’m not sure that my GP surgery knows its arse from its elbow at the moment!

I had a DXA scan on Tuesday of last week (12th). The day after, the surgery rang me to arrange a phone consultation for Weds 20th (yesterday) between 0800 and 1000h, which I got up early for as I’m not coherent before the first mug of coffee of the day.

So, GP rang yesterday as arranged, says I have some bone density loss (osteopenia, not osteoporosis), not to worry, see NHS website for advice and I’ve been flagged for a re-scan in 3 three years. A bit casual, but there it goes.

Then this afternoon I get another call from the surgery. The GP wants to see me, about the results of the scan. I said we’d already had a phone consultation about it, but apparently things have changed! So now I’m booked in for an appointment on 4th December …

Oh well, I’m off to the “patients’ participation group” meeting there tomorrow (my first one), to give feedback from the patient perspective …

I’ve spent the last five days printing assorted stuff for other Green Parties in near-by constituencies – over 16,000 bits of paper, each of which needs to go through the printer twice (ie once for each side), giving a total of nearly 33,000 sides. Not exactly brilliant for arthritic wrists and thumbs!

Needless to say, I won’t be voting for the incumbent hereditary Tory, “Private” Walker, son of Baron Walker of Worcester. Since he started feeding at the Government trough, he’s been nothing but a payroll vote .. 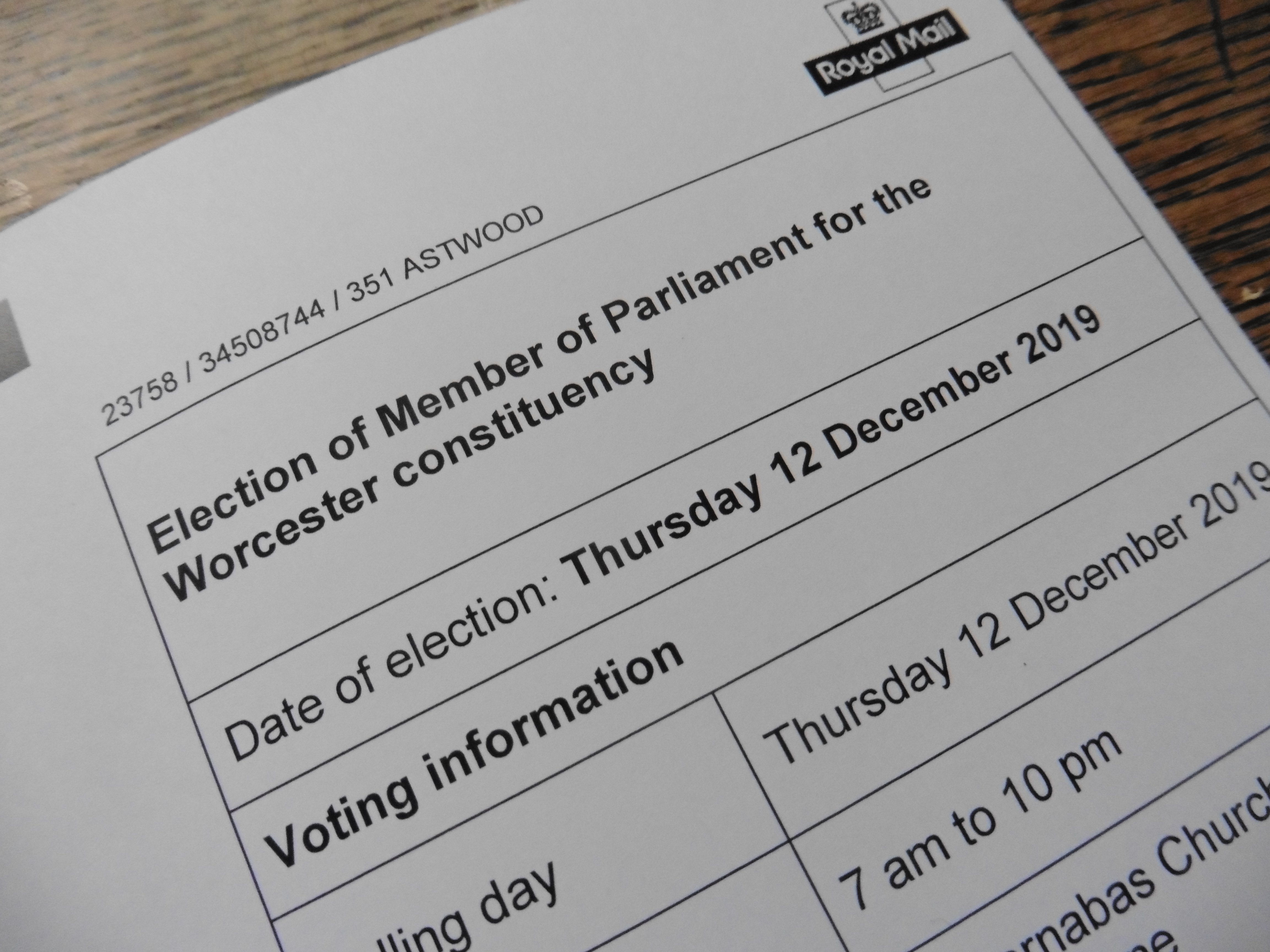 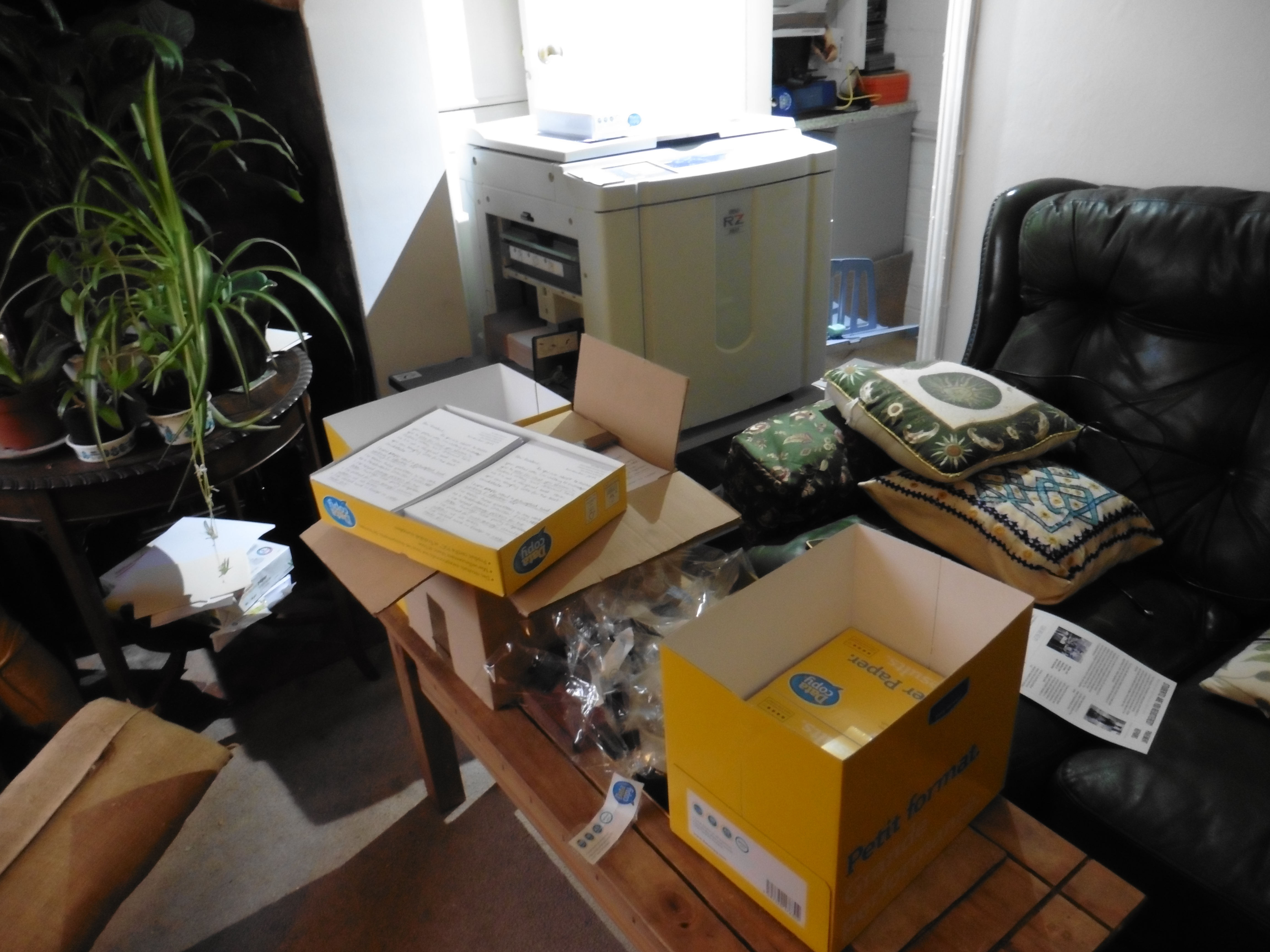 I went into town yesterday afternoon with my niece Phoebe. When she visited in summer 2017, we had lunch at one of the tables outside Browns, and she was intrigued today to see water level roughly where her food had been!

Other successes in town were a trawl through the charity shops, resulting in a pair of trousers for her – and a pair of decent Levi’s for me. £8 – what a result – and it’s almost unheard-of for me to find anything in the 30W 34L range.

Then off to pack it in our local veggie/zero-waste shop, to refill the washing up liquid. Only the second refill in the year the shop’s been open, and the owner (Phillipa) actually recognised me and called me by name, which impressed Phoebe! There were also plenty of Vegan wax food wraps on display, so I bought Phoebe a couple, as she’s only been able to find ones containing beeswax which doesn’t work for her Vegan housemates.

Then via ASDA to the bus stop, and a rather long wait in increasingly-cold conditions. Fortunately, although it was very nearly full, we did manage to get seats.

My “anytime but Christmas” cactus is doing its usual thing of avoiding the festive season, but looks very pretty anyway. 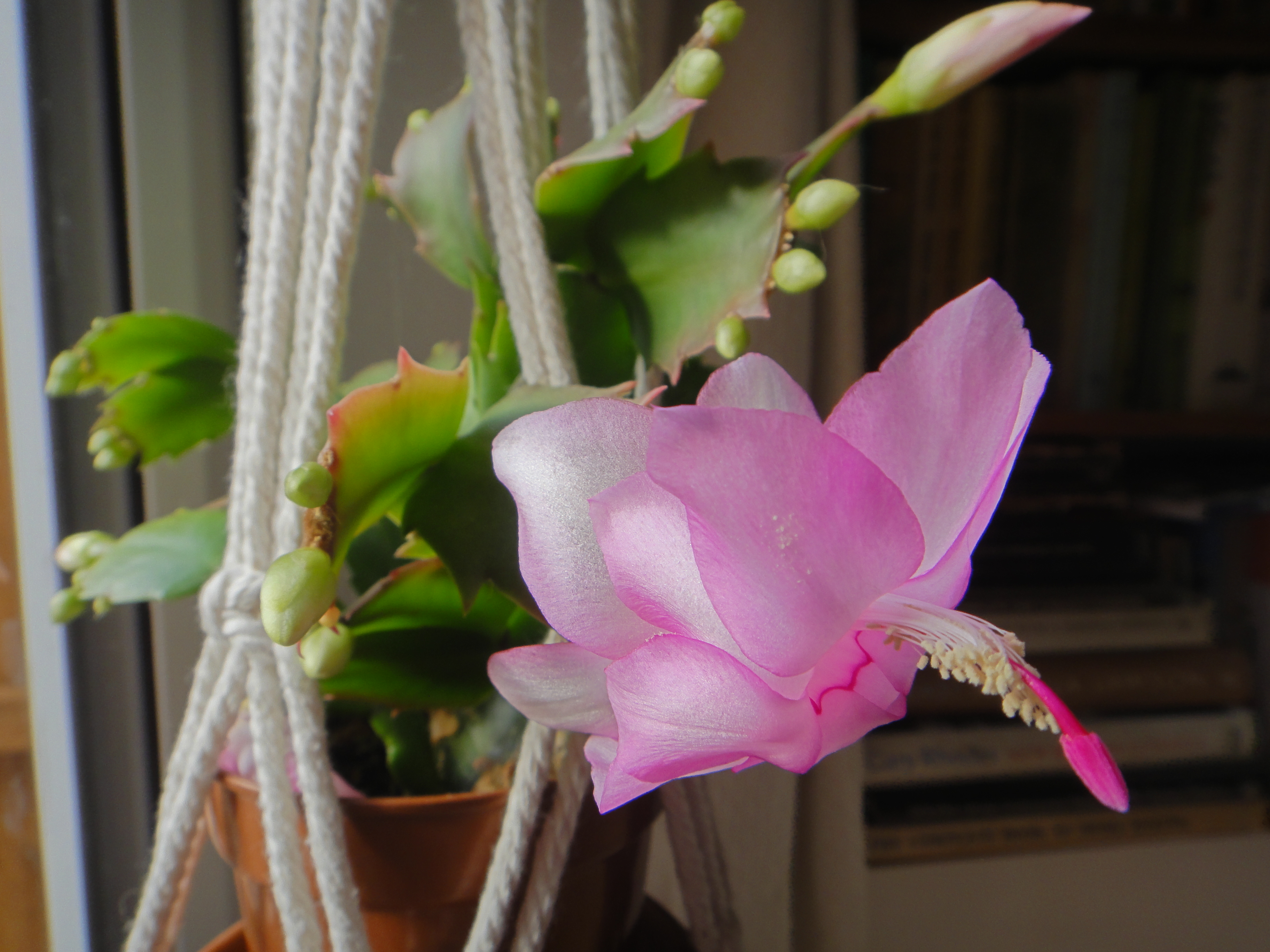 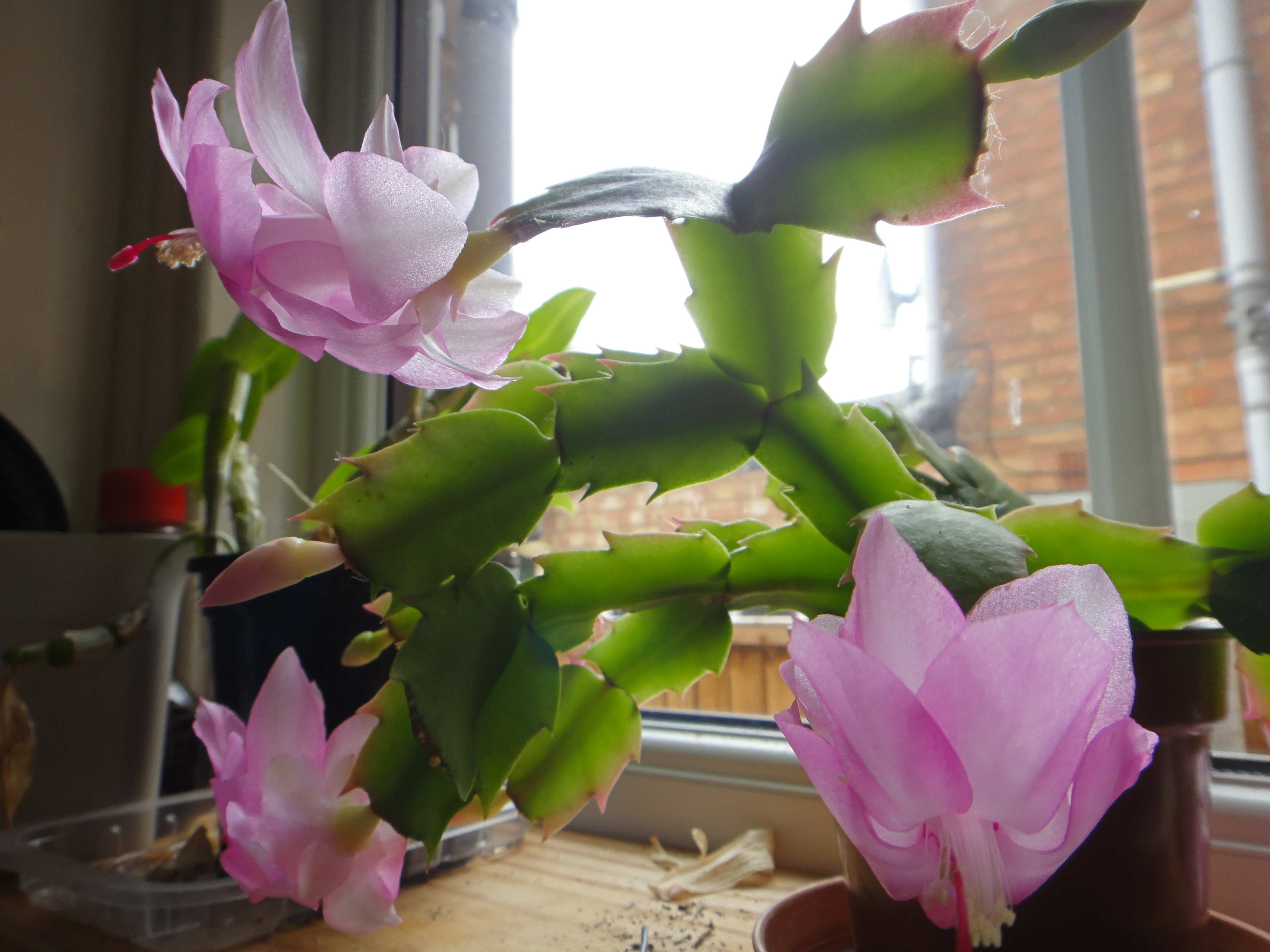 It’s only the second time that I’ve made crumpets from scratch. I think I’m starting to get the hang of it: most of the batch had the requisite appearance of numerous holes on the top. 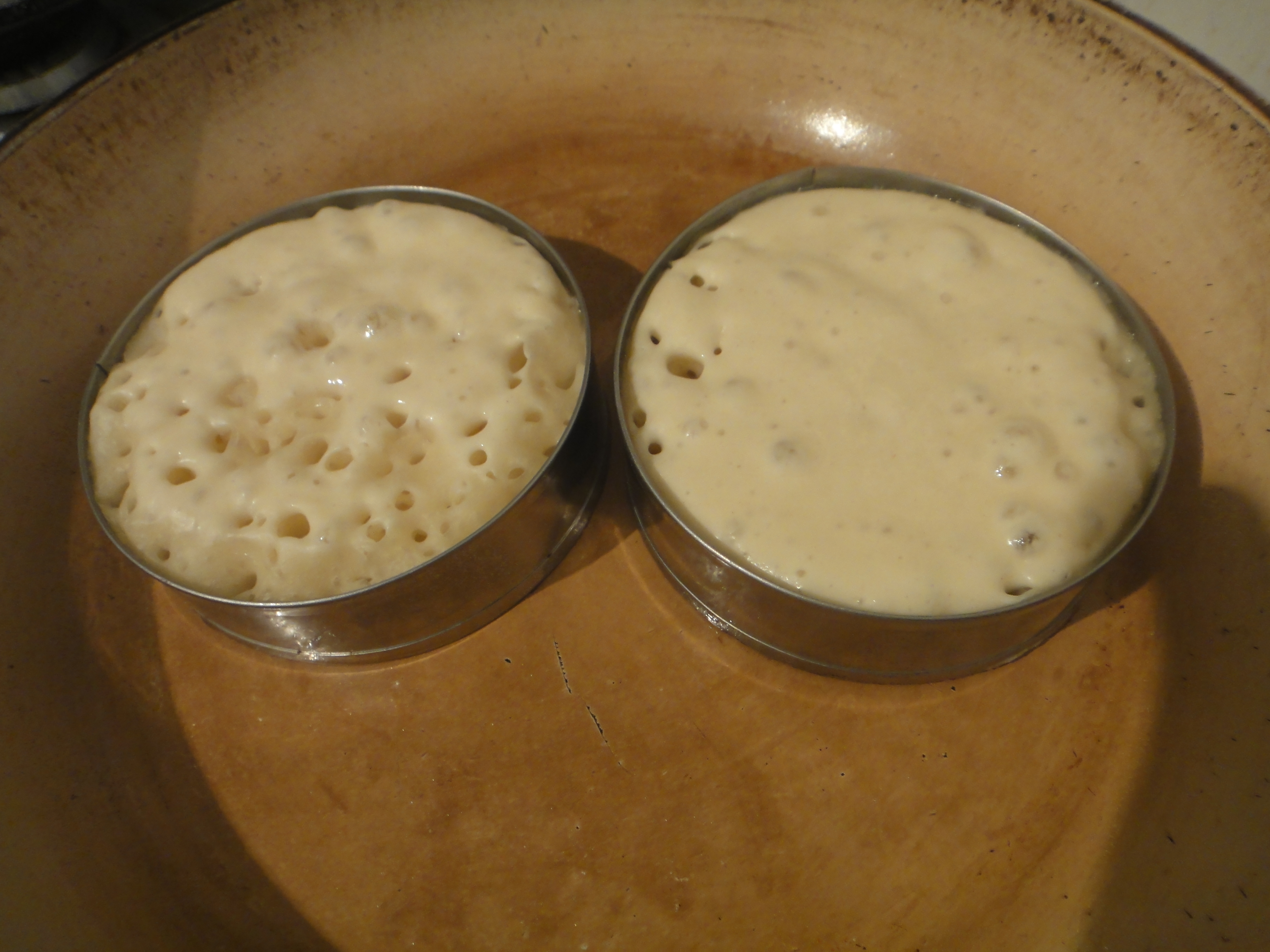 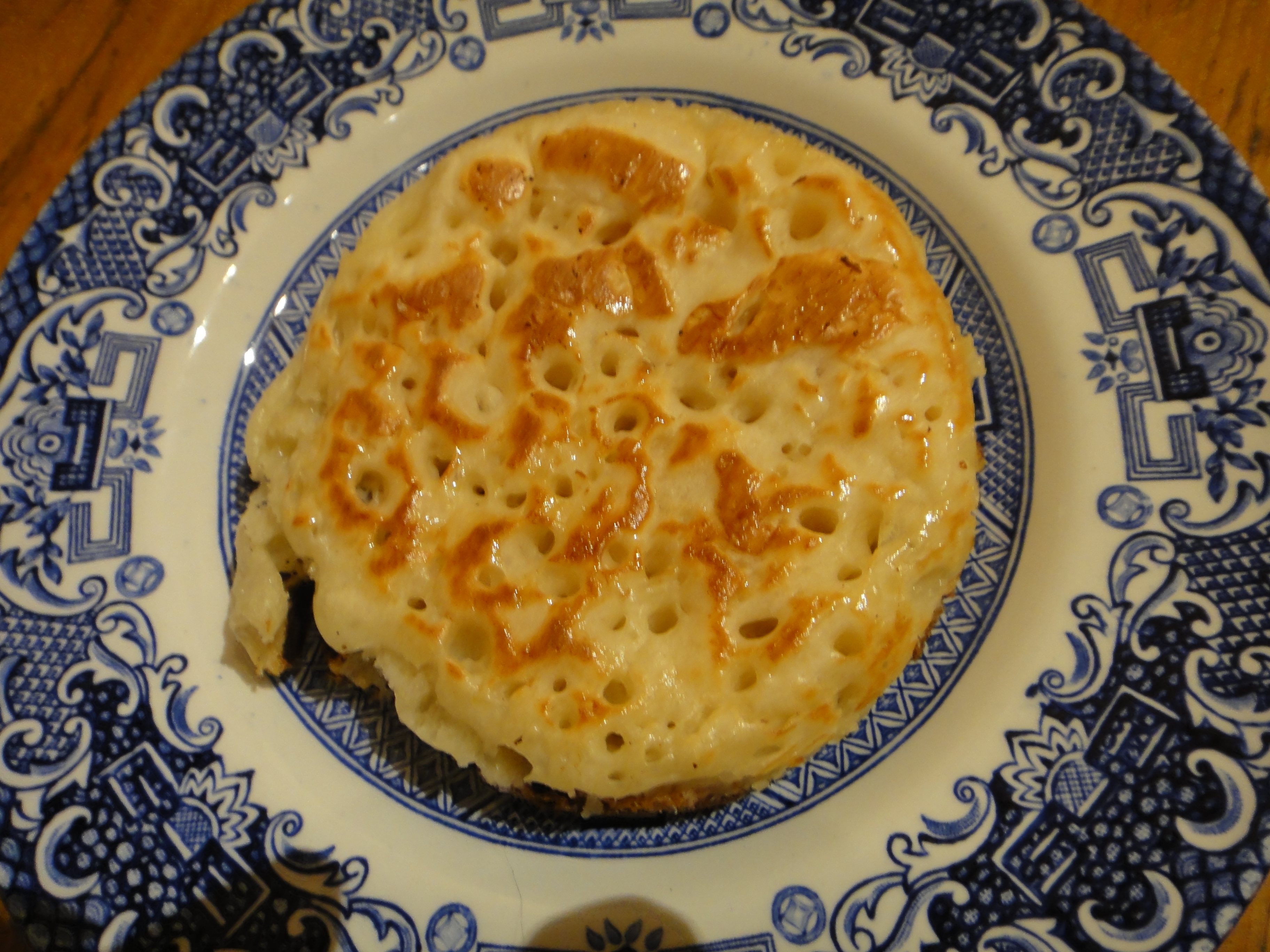