Over at my Mum’s in the Oxfordshire Cotswolds yesterday, and managed a brief walk on the Common. Actually, it nearly did for me – I’ve been fairly housebound for the past ten days, and coming back from the Common I began to seriously wonder if I was going to make it back to the house! A week of the “sunshine and heavy showers” thing has done my back no favours.

I was glad to see a couple of Fly Agaric out. None were visible when I was last there, probably due to the dry late summer, and most of the usual places still don’t have any. Perhaps they’re just very late this year, and continuing damp may bring them out. 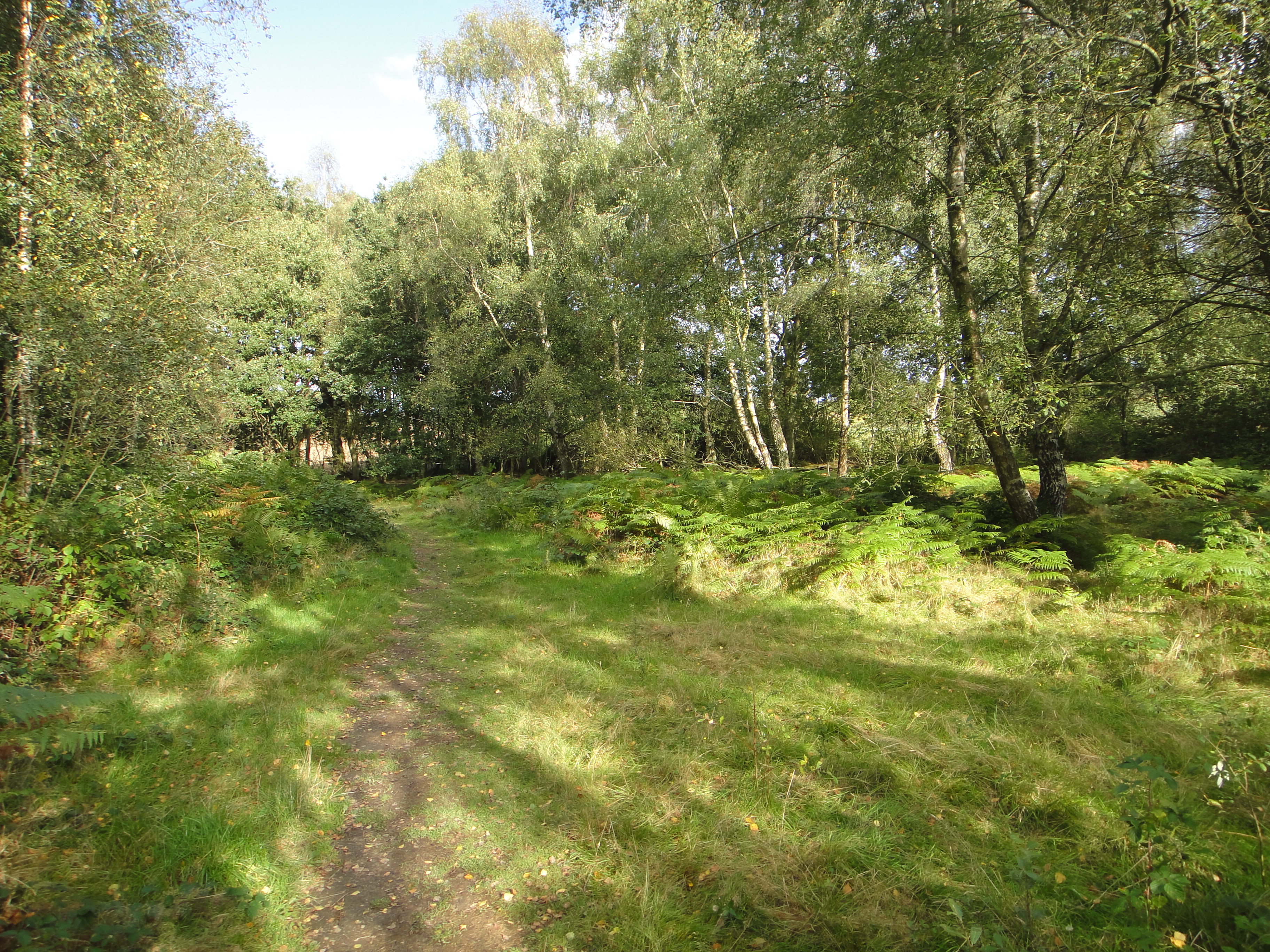 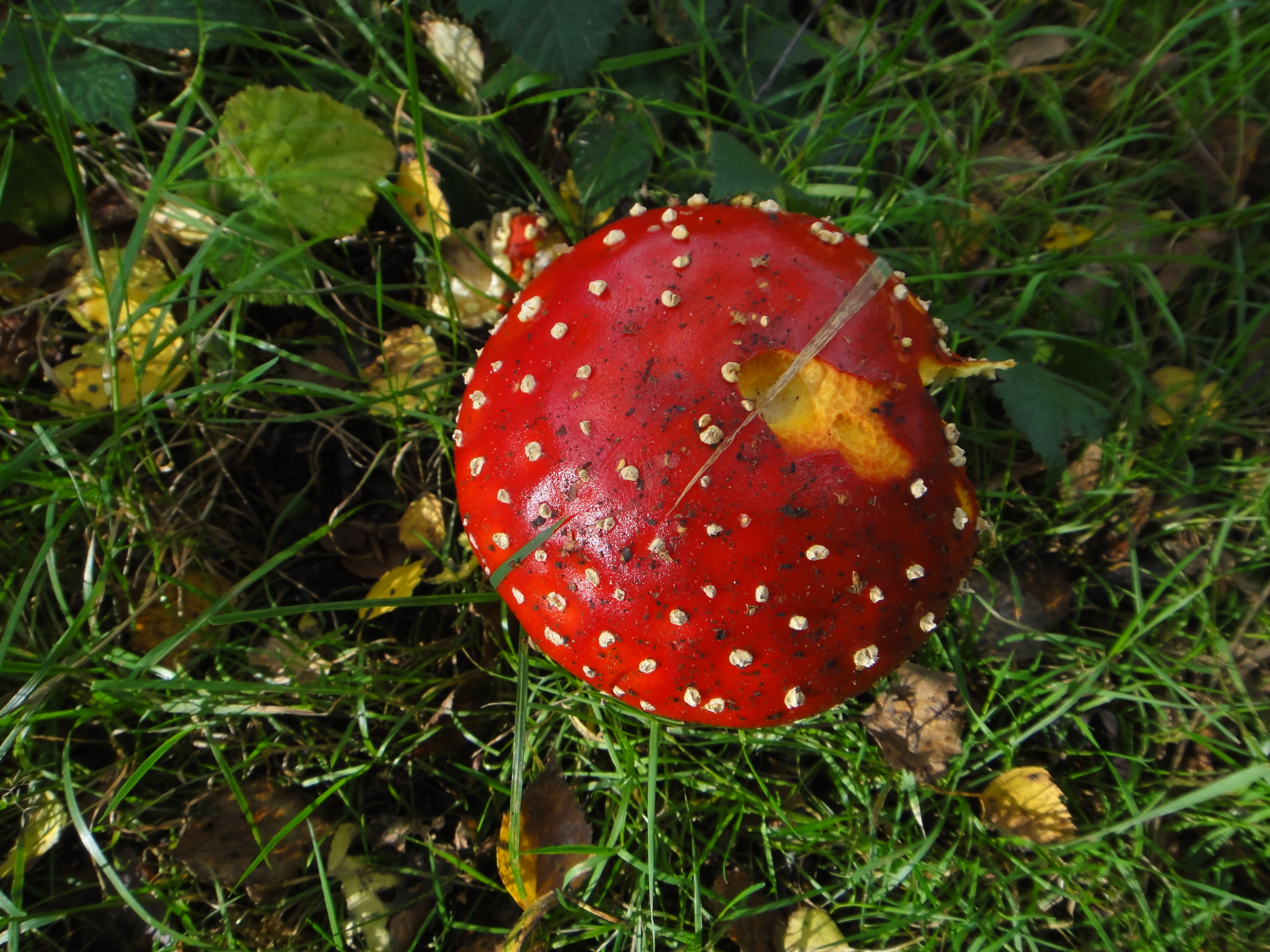 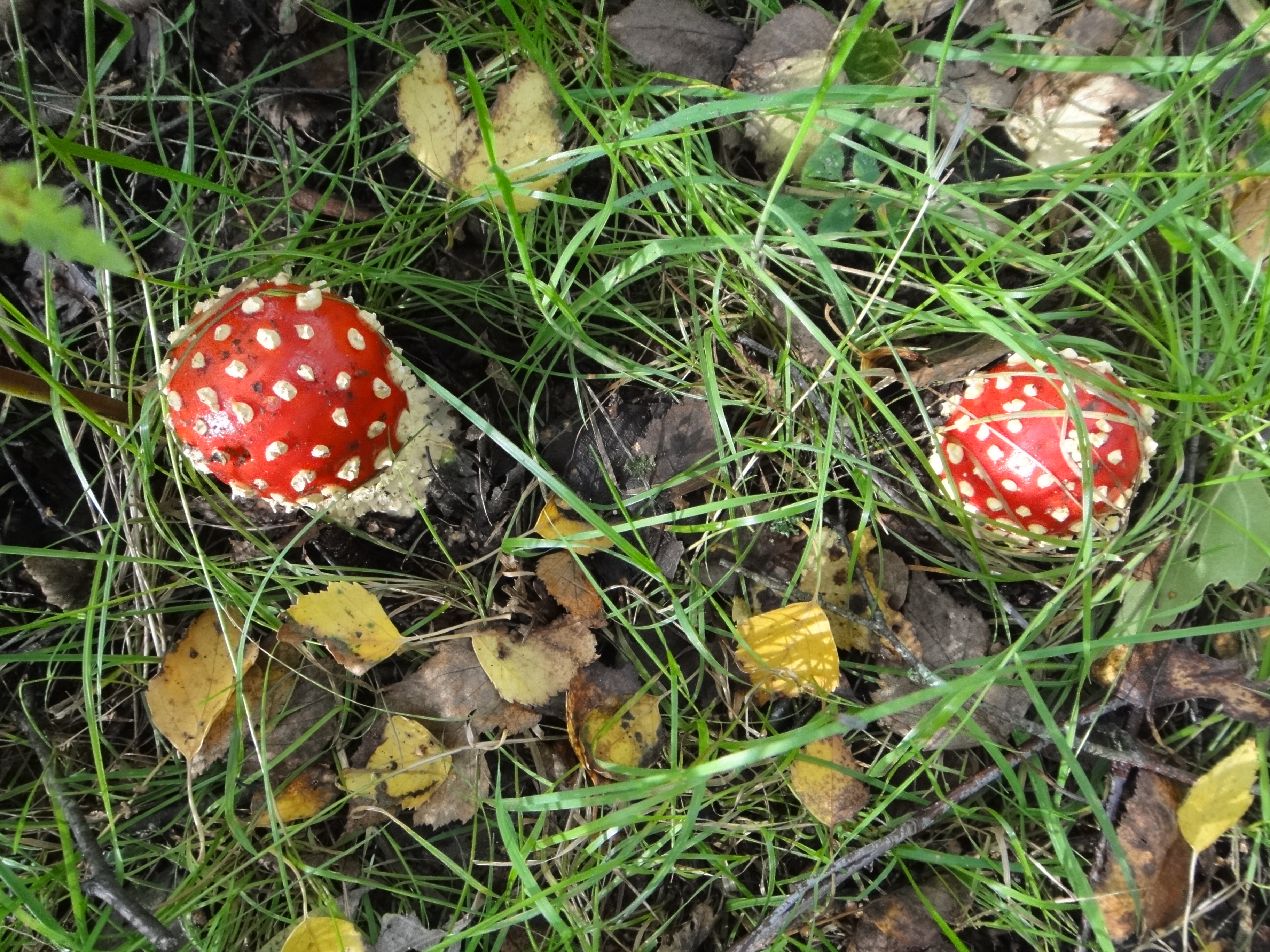 Having discovered bee orchids among the Early Purple ones on the small side lawn at my Mum’s last week, yesterday was a discovery among the colony of Early Purples on the front lawn! Taller and much darker than early purples, I think they’re probably Pyramidal Orchids, though the leaves wrapping the stems don’t extend quite as high up as I’d remembered.

Pyramidals were the dominant orchid in the field behind the house fifty-odd years ago, before the unfortunate few years when it was ploughed up – an episode from which it’s only just starting to recover. 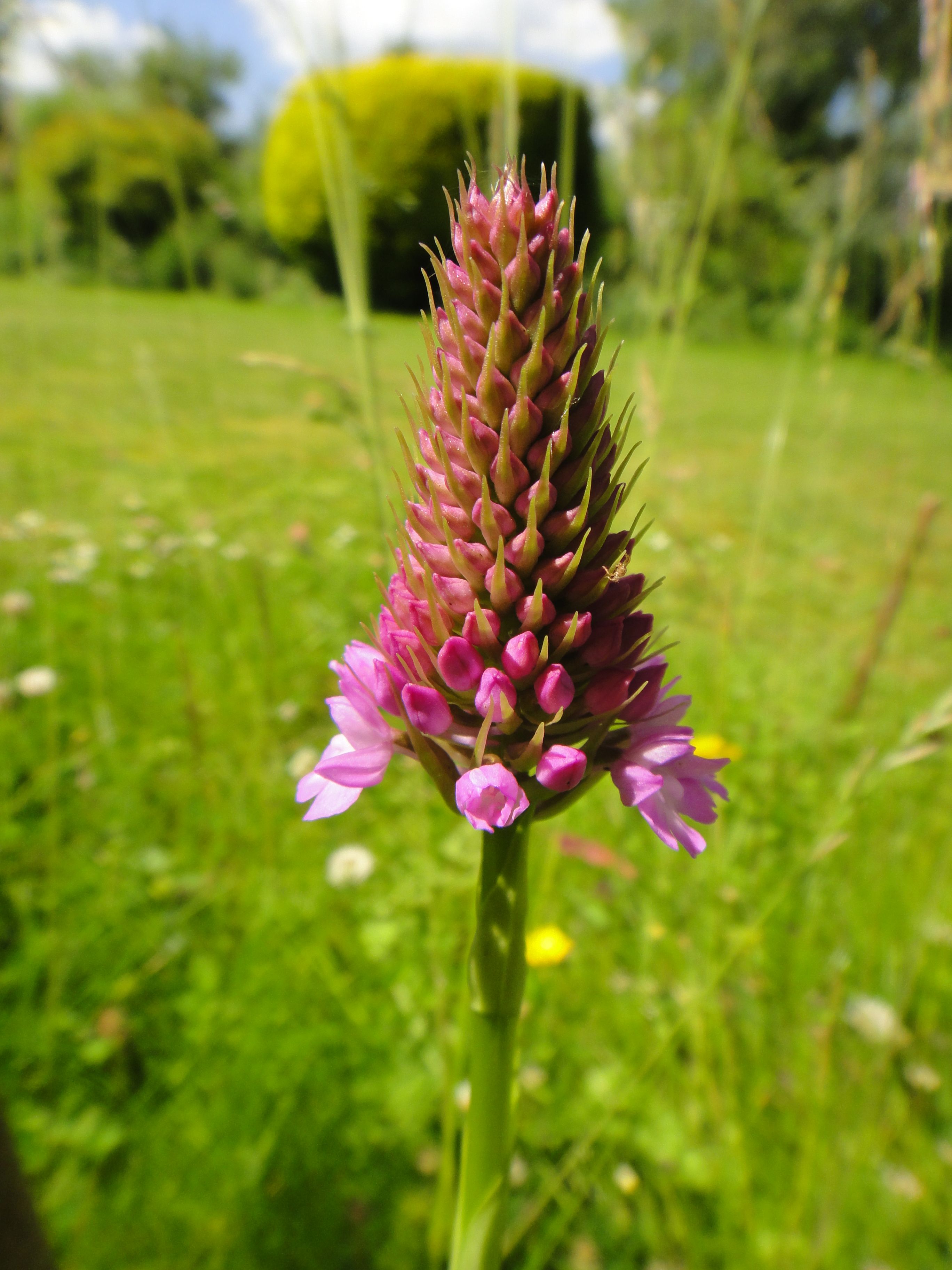 I’m absolutely delighted to see that the little bit of the small North lawn at my Mum’s which is set apart from mowing because of the colony of Early Purple orchids that’s been spreading over the last few years has acquired three Bee Orchids to add to the mix! One of my favourite wild flowers, and it’s a decade since I last saw one round here. 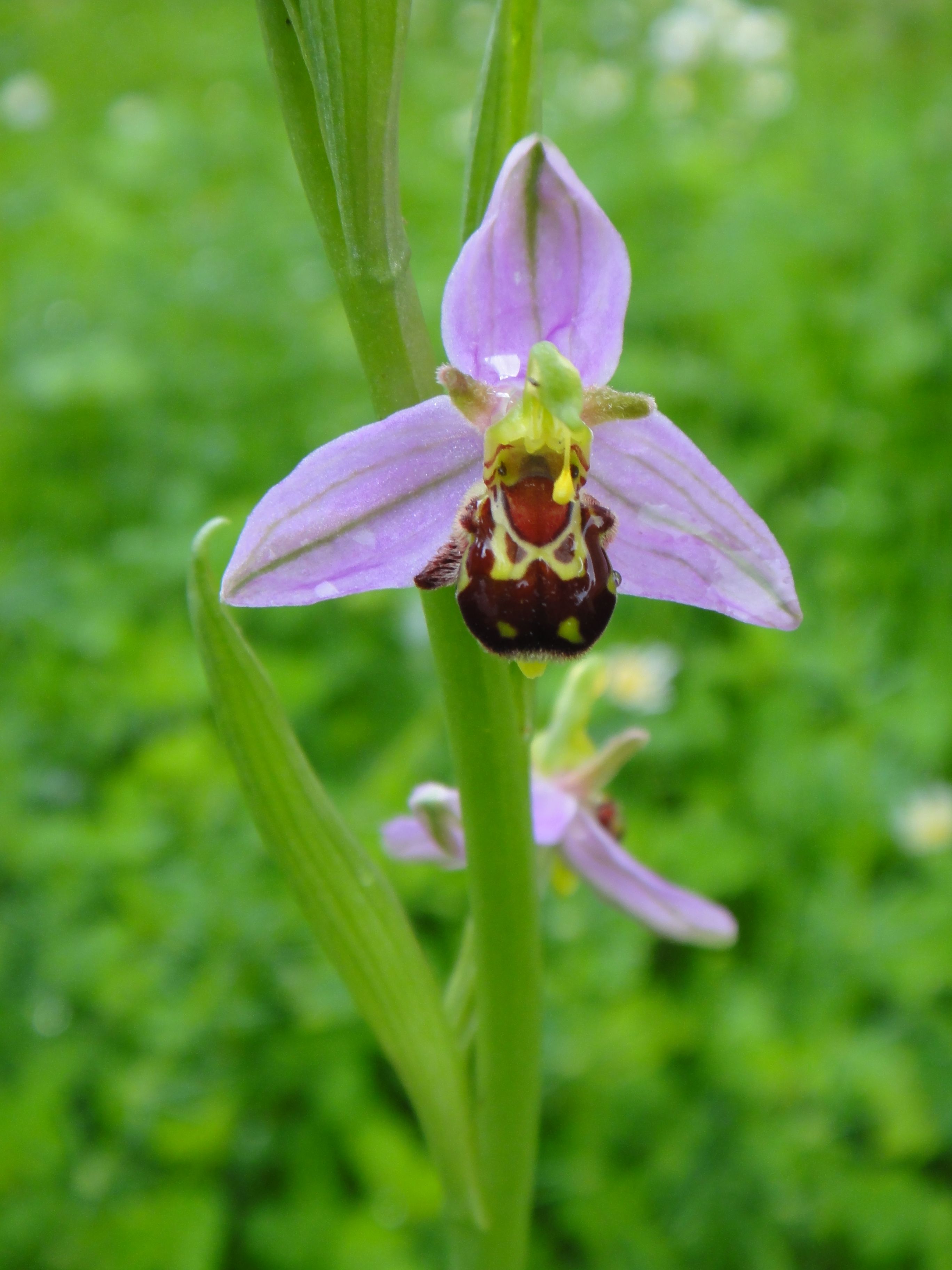 Thursday 16th was over to Suffolk to my brother’s place, for a fishing day on Friday. I loathe the train journey! It involves leaving home just before 1100, going Worcester Shrub Hill > London Paddington > London Liverpool Street > Ipswich > Halesworth, arriving 1655. Each time I do it, I swear “never again”, but so far it hasn’t worked out to stay in London over the previous night – this time, because of a Green Party meeting on the Wednesday evening.

Friday 17th was up bright and early at 0620, arriving at fishing just before 0700h. Geoff was already there (having been unsure whether we were meeting at 0600 or 0700) and set up. “Bob the Bailiff” came round mid-morning – I’m not sure if he took pity on us, or genuinely thought that we were all aged over 65, but we got the OAP rate of £8 each.

Not a brilliant fishing day for me – a dozen or so little roach. Geoff (fishing one side of me) had three carp (to around ten pounds) in the morning, and Sim (fishing the other side of me) had several decent carp and perch in the afternoon – that’s just how it goes. Fishing finished about 1700h.

Saturday 18th started with a facebook message from Andrew Cross, saying he could drop off the agreed Green Party poster board later. I messaged back “if you’re happy to put the signboard up yourself, please feel free. A post driven into the front flowerbed wll do the business – preferably towards the dustbin end ( the plants there are pretty bombproof). Or leave the stuff behind the bins and I’ll put it up tomorrow. Many thanks“. He not only put it up, but brought my bin back in (out as I’d been away on Thursday bin-day), and sent me a pic of it all:

It was then the drive over to Green Mount, with Sim driving the first half and Phoebe doing the rest. A really utterly dreadful coffee and OK toastie for lunch at the changeover spot, in a Costa. Heavy shower, and I really was not walking at all well! fortunately, it cleared up later, and I was able to go for my usual stroll on the Common around 1600h.

Just going on to the Common there was a swarm of bees over the path, about nine feet in the air. I think it’s the first time I’ve seen a swarm for about 40 years!

Sim and Phoebe drove me to the station for the 2100 train. As always, the “train describer board” was acting up – 90 seconds of going through its re-boot procedure, ten seconds of showing train information, followed by re-booting again …

Normally, I have return tickets, of course.This time I didn’t, having come from Suffolk. I was very tempted to try it on – I get my ticket checked about once a year on these evening trains – but decided not to. Just as well: there actually was a ticket check this time!

Home just short of 2230, and spent the next hour reassuring Chelsea-cat. She does get into a bit of a state, and won’t even eat unless I remain in the kitchen with her, which is a trifle inconvenient.

It’s a mixed day for me – 64! Who’da thought it ! And also, sadly, the anniversary of Maurice’s death.

Still, I’m over to my Mum’s today (my brother will aso be there), on the edge of the Evenlode valley in the glorious Oxfordshire Cotswolds. I’m expecting a walk with bluebells and windflowers.

A very pleasant walk on the Common. Bluebells have stalks, but the flowers are not yet out. Lots of windflowers (wood anemones) though, and the first delicate fronds of ferns pushing up through leaf litter in the damp and shady places. Last years seed-heads of Old Man’s Beard (wild clematis) against a brilliant blue sky to round the walk off.

This morning was tadpole-hatching day! All seven balls of frogpawn have now turned into tadpoles, some of which seem to be sun-bathing at the edge of the pond by the “hedgehog escape ramp”.

Great day for gardening: sunshine warm but not too hot. Half a bed of Manchester Table Carrots sown, and a patch of red spring onions. The “speedy salad” and early lettuce have had their cloches taken off for the day, and a good watering. A good watering also for the increasing jungle of seedlings on the propagator tray and on most available windowsills, of course.

Much weeding has also happened. The curious little feathery plants that have sprung up everywhere, foliage looking rather like baby carrots, have now revealed themselves to be self-sown cosmos – welcome in places, and easy enough to pull up where they’re unwanted. I haven’t grown cosmos much in the past, and this is the first time it has seeded itself around the place.

The first of the red tulips opened this morning (the yellow won’t be far behind). The pond features a glorious mass of Marsh Marigolds kingcups) as well as the newly-hatched tadpoles.

Forsythia now in full bloom, the blue hyacinths are bringing a bit of brightness further up the garden, and two large balls of frog-spawn have appeared in the pond in the last 24 hours.

The view from Mum’s kitchen window at tea time – a rather over-weight deer having a snack on the herb bed in the dusk!

It’s worth clicking on the “expand” symbol in video controls (you may need to hover your cursor over the video to reveal them) to view this full screen.

Still feeling very rough from a recurrence of the prostate infection I had last March , but at least the fever has broken. I managed a trip over to see my Mum and deliver a spot of shopping.

A very quick walk on the Common, due to extremely strong wind (forgot my camera, so these are phone photos). Hazel catkins now fully out and looking glorious, little snowdrop clumps, and in her garden aconites are starting to show. welcome foretastes of spring!

A light frost on the lawn this morning was soon washed away by a very cold grey drizzle, which has remained all day. The local sparrows have given up looking for seeds and bugs, and descended on the bird-feeders mob-handed.