It’s that time of year again.

Last year I made three batches (16 jars) of marmalade, of which I have one jar left. It’s the first time ever I’ve managed to supply myself for a whole year! Hoping for similar success in 2022 … 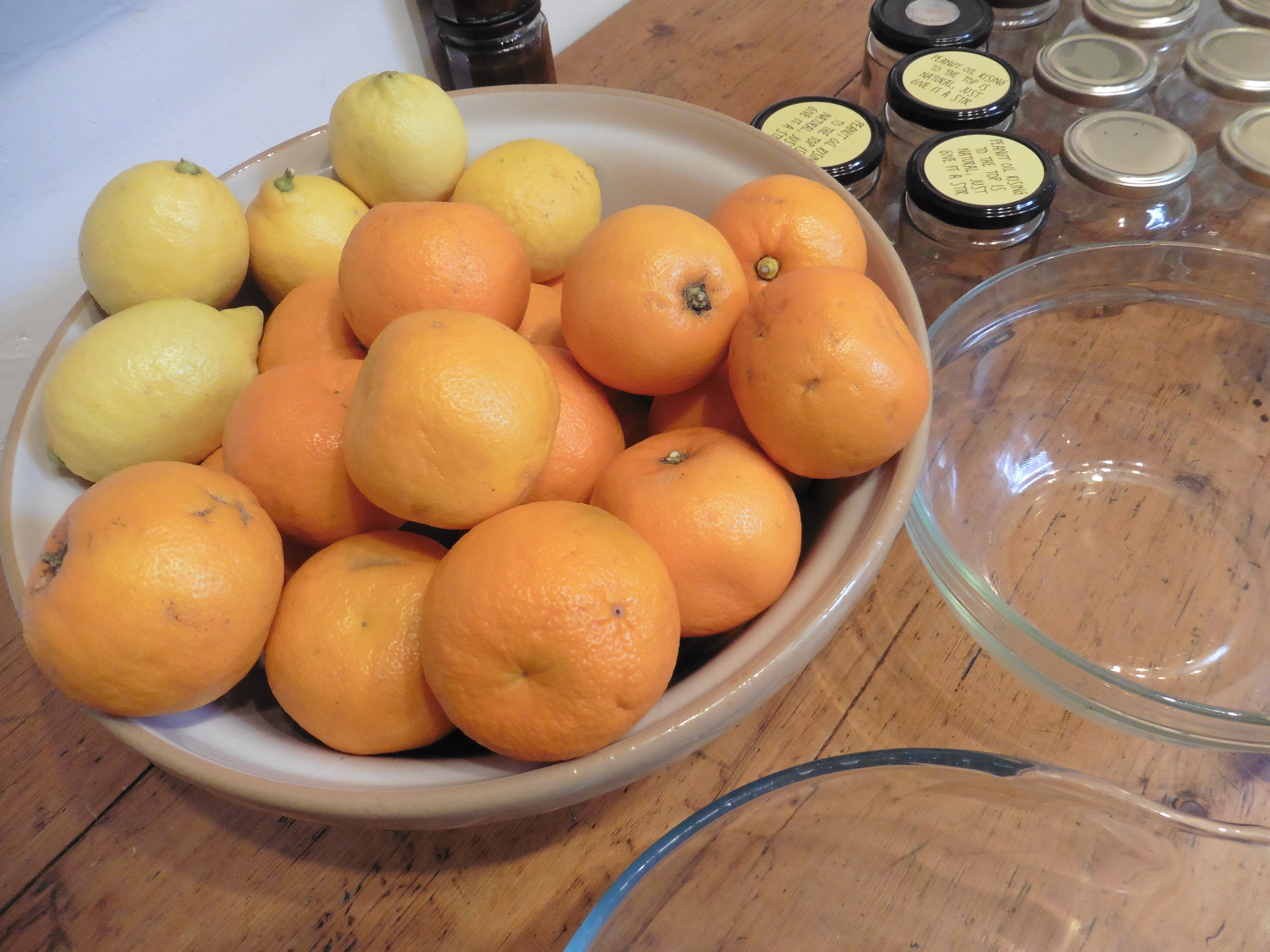 For very many years I’ve had a tradition of bringing in twigs of forsythia on New Year’s Day, the flowers on which will open over the next two or three weeks, providing a splash of brightness before the daffodils kick in. 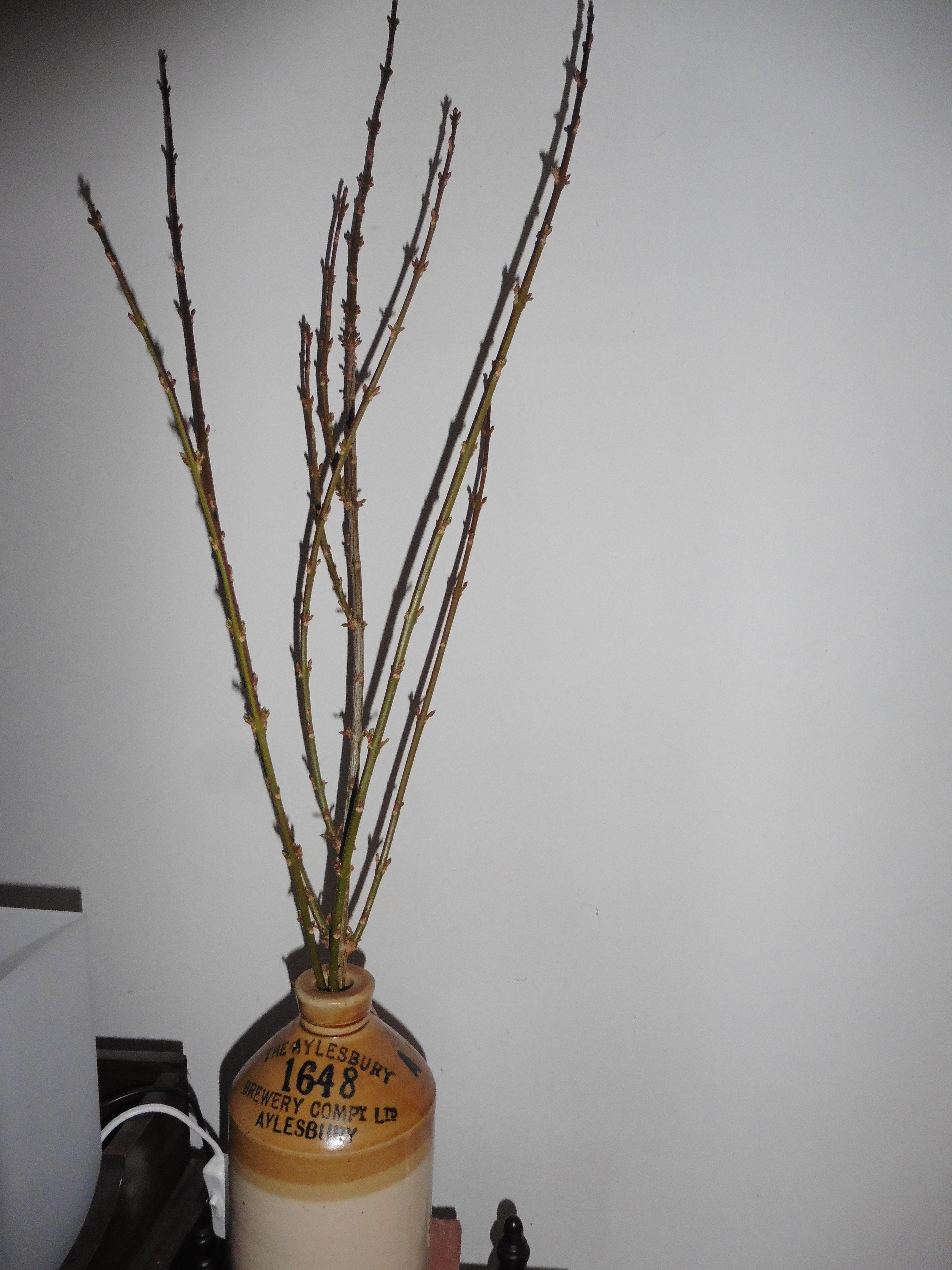 Delayed by Christmas post, but arrived today – just in time! For some years now, I’ve had a calendar printed with photos I took in the relevant month in the preceding year. 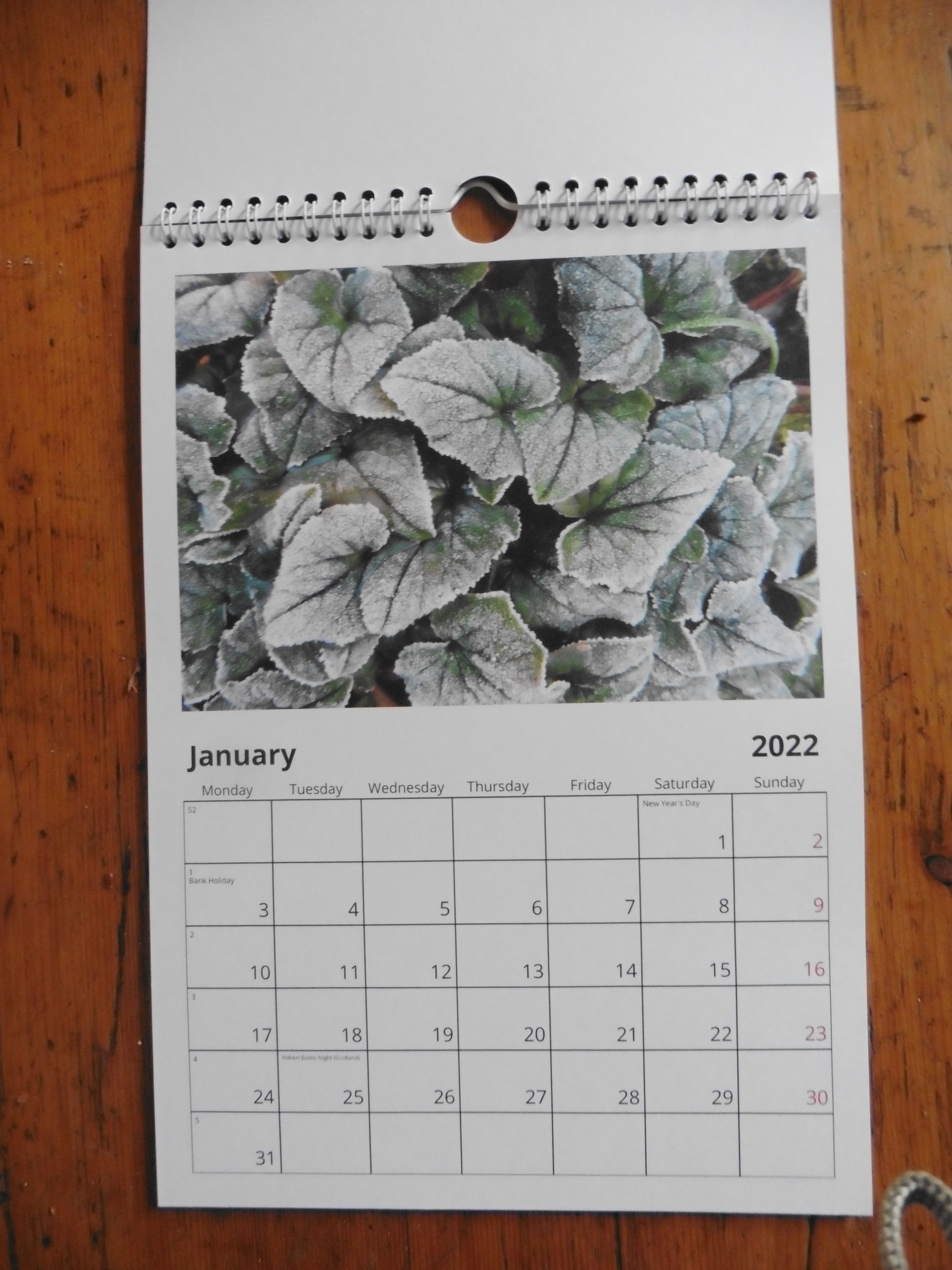 Tree is now in and decorated, assorted cards stuck in the postbox, and I’m starting to feel as though I’m getting ready for Christmas (which is never one of my favourite times of year). 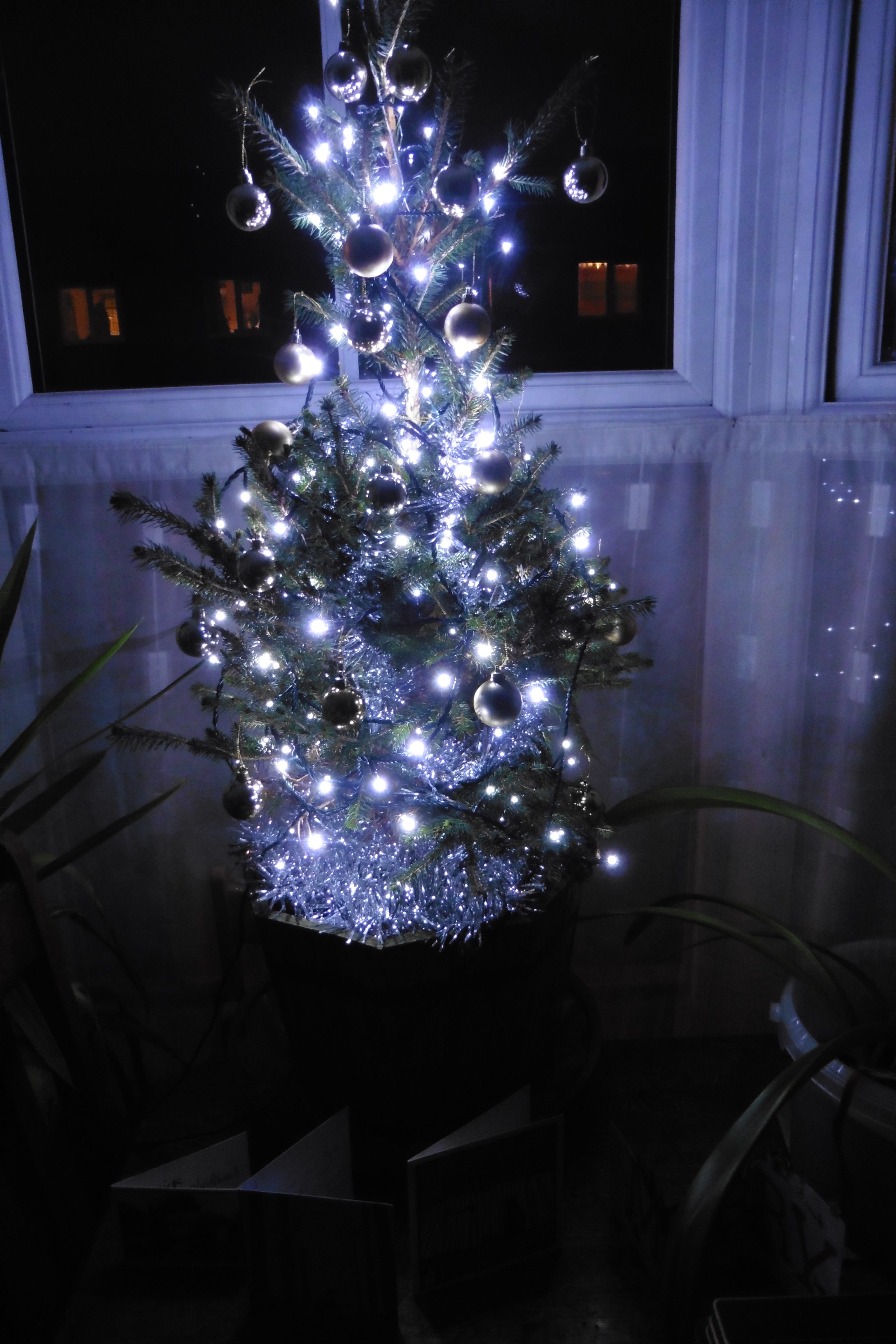 The amaryllis on the bathroom windowsill has started its flower-spike into growth – almost exactly the same time as last year. Previously, it’s been later: January or February. Still, something to look forward to: I expect the flower to be out shortly after I get back from Christmas.

The first flower on my “any time but Christmas” cactus is now fully open, with lots of buds for flowers to follow. 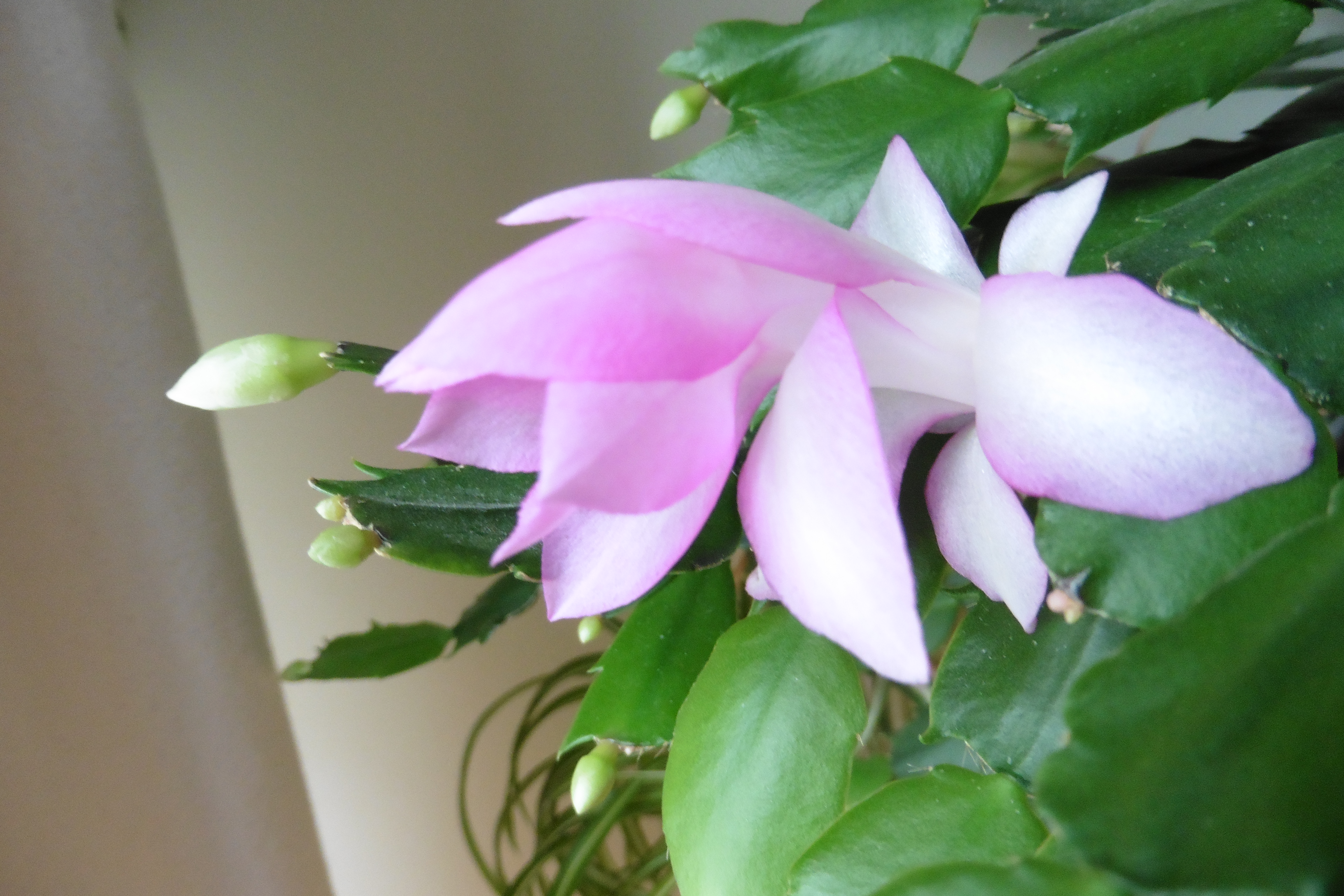 For most of my life I was at work on Halloween evening. Since retirement, I’ve normally gone out (cinema, usually) to avoid being home. This year, I’ve screwed up … Ocado delivery booked for 1930 so I’ll be in (I get home at 1830 from my Mum’s).

To help those of us who are vulnerable (me), elderly (getting there) or have fragile mental health (also me) – and this year, those worried about COVID – PLEASE don’t go “trick or treat”ing at houses that don’t display Halloween decorations. 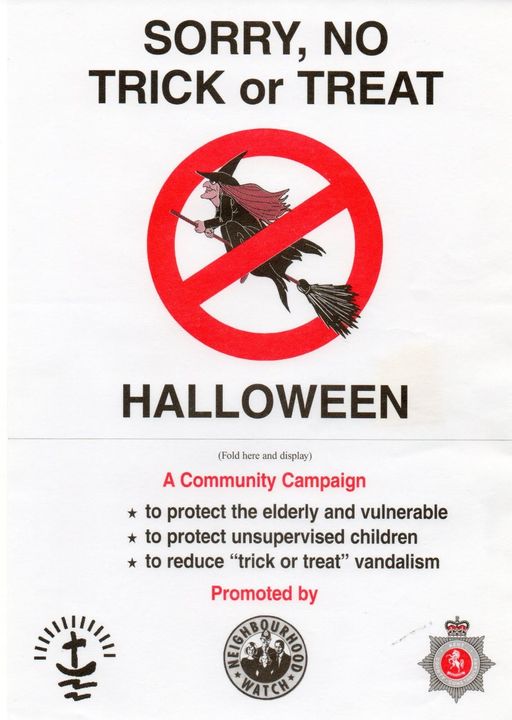 I spent the morning in a Worcester Green Party event, in a small hall with door and window open (covid precautions) and didn’t feel cold – in fact, I didn’t need to keep my padded jacket on. It was at St Nicholas Church barn, on the far side of Warndon, and I’d cycled there. I missed a turn coming home, and ended up at the roundabout next to the Hospital, from where I know my way rather too well. 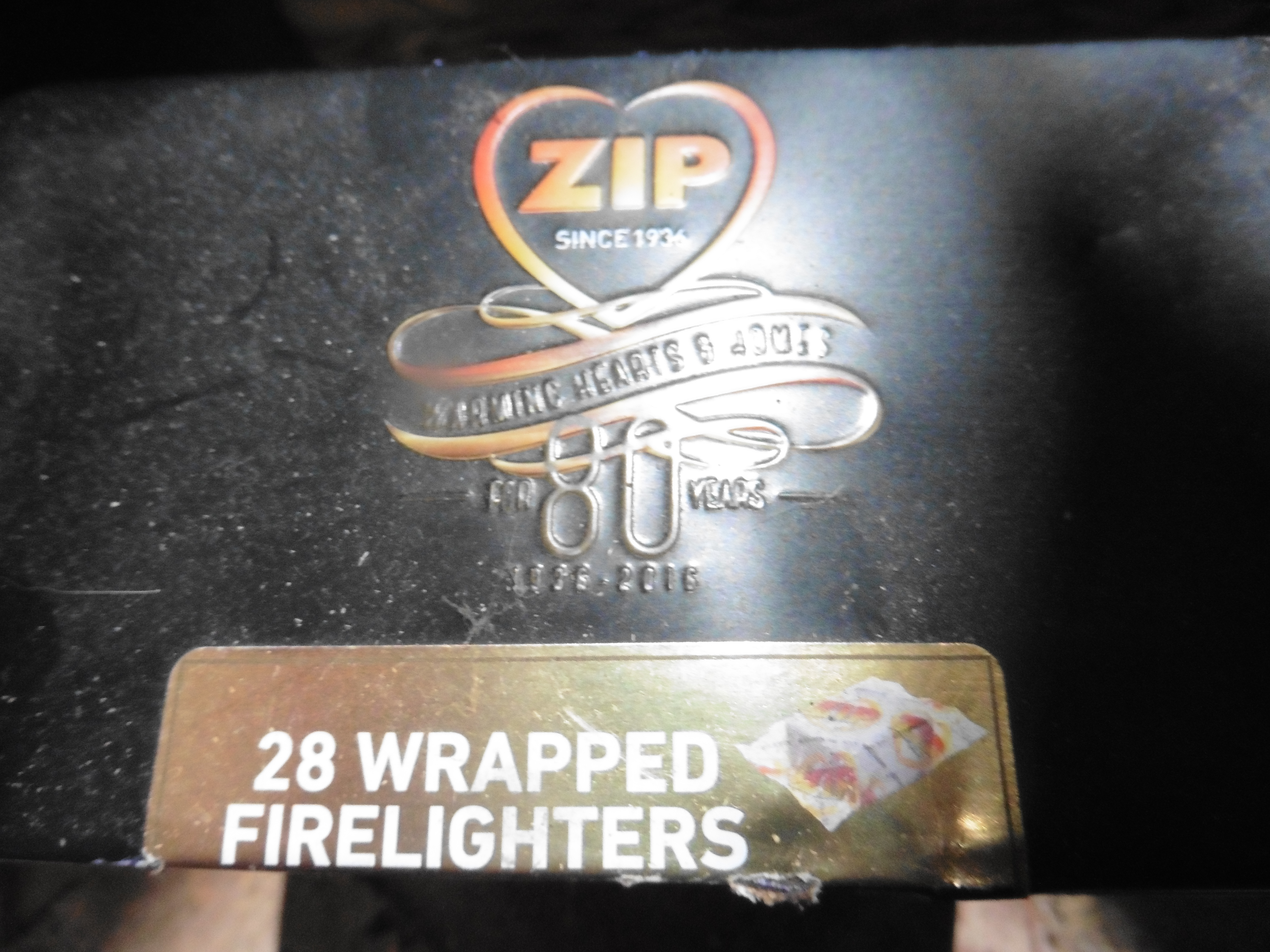 My internet died yesterday (though the phone line was fine). When it still hadn’t reappeared after 45 minutes, I rang Plusnet Tech Support. They carried out a brief check, said there was definitely a fault, and they’d an engineer out between 8 and 1 next day. Much better than the week-to-ten days I’ve previously had to wait for Openreach!

Up at 0730h, in order to be vaguely functional by 8. The doorbell – a “Ring” device – was non-functional due to internet not working, so I taped a “please knock hard” note over it just before 8.  The OpenReach engineer, Sean, arrived about 11 (having done some checks outside), and was excellent. Several tests on the line, and it became clear that something was up. Much firkling up posts and in cabinets, and having called in the Underground Engineers to check cabling back to the cabinet halfway up Rainbow Hill, the fault was finally diagnosed. It eventually turned out that “someone” had been installing or altering a phone elsewhere in the street, and had managed to plug the wrong cables in … so “my” broadband was no longer associated with “my” phone line!

Sean kept me fully informed throughout, and was pleasant and chatty  not to mention persistent, as it was getting on for 5pm by the time everything was sorted and he left.

So, I re-booted assorted things that I’d taken off line during the testing, and everything was fine … except the Ring front doorbell! Attempts to fix it through power off failed. Attempts to fix it through the app (which involved finding the special Ring screwdriver to remove it from its mounting, in order to get to the reset button) also proved fruitless. Eventually I disconnected it from the power supply (leaving it running on internal batteries), brought it indoors, held down reset for ten seconds to factory reset it, and put in within six inches of the WiFi router. I then did an “install from scratch” which did the job!

The fire is lit, for the first time in the winter season. The logs are made from recycled waste sawdust with no additives, in attempt to minimise environmental impact. I’m pretty sure that waste sawdust would otherwise be pelleted as cat-litter, ending up in landfill (decaying to produce methane), or composted, or dumped, so I don’t feel that this is adding to either greenhouse gases or destruction of woodland, though it sadly probably does add to particulate pollution a bit.

I’m still very breathless, due to change of medication earlier in the week. Doses will obviously have to be reviewed – especially as so far it hasn’t made any difference to the “feel dizzy when stopping doing things” that is a problem. 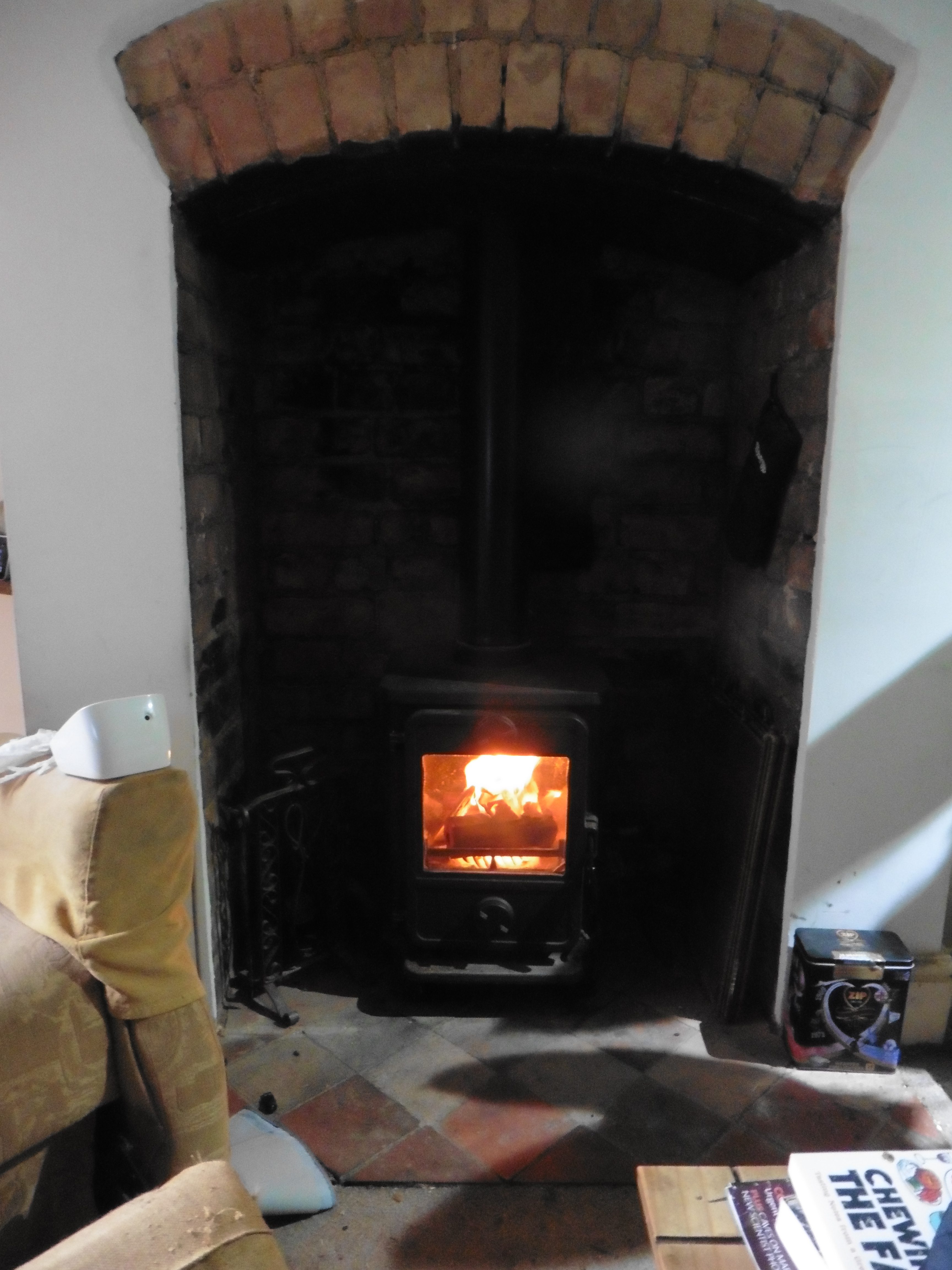